How I met my friends the vegetables

When I was a kid I recall vegetables as being very limited and very tedious.  We had iceberg lettuce salads every night, with bright orange Kraft french dressing. Mom was an early adopter of frozen vegetables, of which we ate green beans, lima beans, peas and corn, and fresh corn on the cob in summer.  Canned peas as an ingredient in tuna salad (yuk) and canned beets.

We went through carrots by the truckload, because when people started whining "when is dinner?" Mom would issue peeled carrots to shut them up till the real food was served.  We also had lots of celery, with a stick of Velveeta cheese nestled inside the curve for special occasions.  When we visited my grandparents in springtime we had asparagus every day, because Grandpa had a big patch.  Everybody but Dad ate raw cucumbers and tomatoes, and we would all eat stewed tomatoes that my grandmother canned.

But I was truly amazed later in life to learn that God had created more than those ten or twelve vegetables. Starting with an almost-blank slate, I remember vividly my introductions to several new varieties.

The first time I ate an artichoke was in 1968 on a business trip to Washington DC.  The guy I was talking to, about the age of my father, apparently thought it would be a kindness to teach the cute young thing a little culture, so we both ordered artichokes and he showed me how to pluck the leaves and chew the meat out of each one. 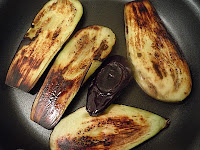 The first time I ate eggplant was in March 1970, a month before we got engaged.  My mother was visiting and Ken and I were serious enough that he had to be introduced.  He took us to a fancy restaurant, now defunct, and both Mom and I ordered the eggplant casserole even though neither of us knew anything about eggplant.  We both loved it; I have always remembered that casserole as a good omen for the marriage as well as for the vegetable. 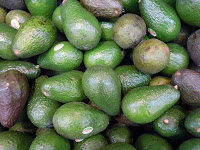 The first time I ate an avocado was about 1975, when my friend Gail returned from having spent a couple of years in exotic California and showed me how to slice it open and wham your knife blade into the pit, then twist a bit to remove it.

The first time I ate kale was about 20 years ago when I had the idea to stir raw shreds into a batch of mashed potatoes.  It tasted good and the next day I eagerly heated up the leftovers, being a mashed potato lover, only to discover that cooked kale doesn't taste at all like raw.  That was the first and last time I ever ate cooked kale, although raw has become a staple. 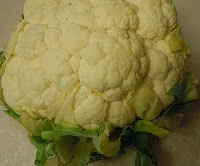 The first time I ate cauliflower was probably in the late 70s, having read in a cookbook that you should gently simmer it whole in a big pan of milk (that was the last time I ever used that recipe).

The first time I ate edamame was in the 90s in a Japanese restaurant in Chicago around the corner from the apartment of a woman I worked with on many projects, and on the generous expense account of our employer.  But until 2006 I never knew that you could buy them frozen in a bag already out of the shell.

The first time I ate parsnips was about ten years ago, after my husband got onto a kick of revisiting his childhood dinner memories and brought a bag home from the grocery store.

The first time I ate escarole was in October 2000 in an Italian restaurant in New York.  We were there early, wanting to get in one last fine meal before we had to catch our flight home. A side vegetable arrived; we had no idea what it was and asked the waiter.  No doubt taking us for rubes who always eat dinner on the farm at 5:45 pm, he sneered when he told us.

The first time I ate brussels sprouts (now this is getting a little embarrassing) was about four years ago, at the Chinese buffet, surprised to find that it wasn't vile after all, as I had imagined it for decades. 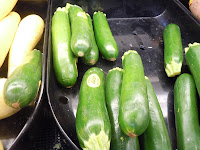 I can't remember the details of where or when I met broccoli, lentils, sweet potatoes, bok choy, spinach, fresh limas and peas, zucchini, winter squash or any number of other vegetables that are now on our regular play list, except that all the meetings occurred well into my adulthood.  Many of those vegetables weren't available in my Midwest childhood, although I suspect most of this limited repertoire simply came about because my parents were not adventurous eaters.
Since I tend to be a picky eater myself -- but an adventurous picky eater, if you can imagine it -- I am really glad that I have managed to come so far since the frozen green beans.  When I was a kid we thought of dinner as meat and potatoes, with vegetables as a grim afterthought.  Now more and more I look at vegetables as the centerpiece.
Posted by Kathleen Loomis at 6:15 PM