Over the holidays we took a cruise up the Amazon.  One of the highlights for me was a walkthrough of the huge market in Manaus, Brazil, a thousand miles upriver from the ocean.  In the middle of a rain forest, Manaus is agriculture central.  We saw many fruits and vegetables that were familiar; many others that weren't.

Bananas of many different varieties: 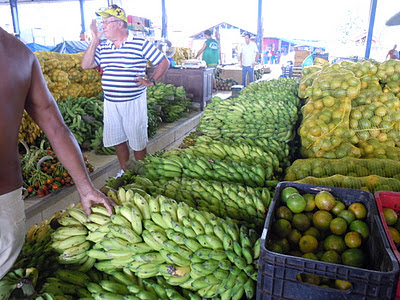 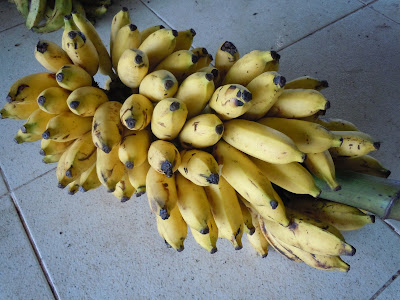 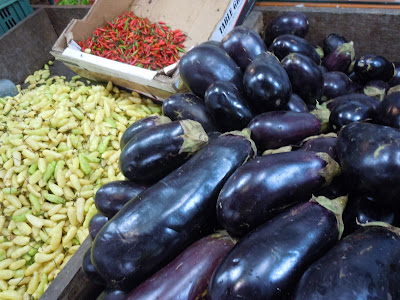 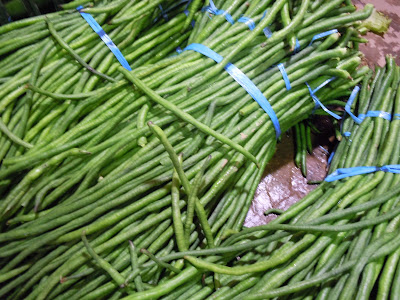 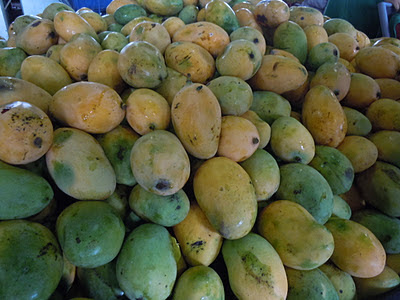 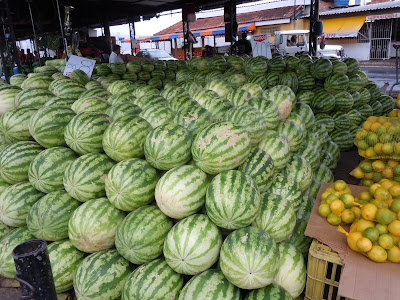 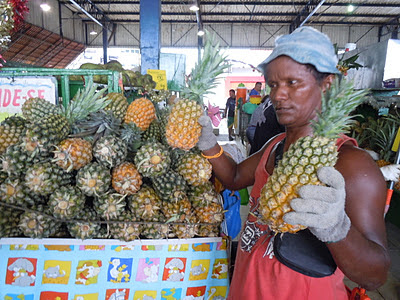 I'll show you some of the unfamiliar foods in my next post.
Posted by Kathleen Loomis at 11:56 PM No comments:

At the grocery this morning my husband realized that with the new year we have new packaging for some of our staple foods.  He came home grumbling that it took him five minutes to find his cereal, now that it looks different.  New bags for the chips, too.  I think I like the chip package, since it has a transparent panel that allows you to eyeball what you're buying.  That would have saved me a lot of unhappy surprises in the past. 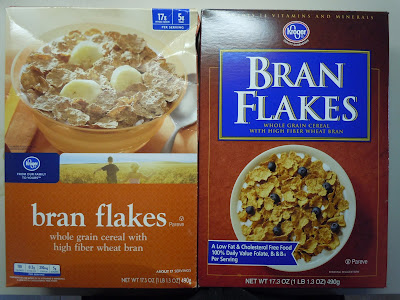 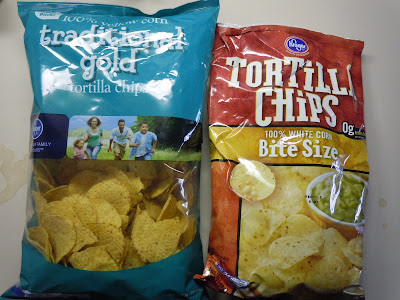 One might wonder why food manufacturers like to change their packages so frequently.  A new package design -- especially if it's used on a whole family of products -- is going to easily run into seven figures, if not eight.  The company must believe that it's going to quickly make back the big bucks invested in the new look.

One reason for new packaging might be to camouflage the fact that they're putting less food into the same-price package (that doesn't seem to be the case in either of the new ones we found today).

Another is to make things look NEW!!!! and thus to get consumers to eagerly grab that can of sauerkraut that they would have listlessly passed up last week.  I've always wondered whether the people who behave that way actually outnumber those like my husband who won't buy anything because he can't find what he's looking for.

Another might be to provide different nutrititional information, or the same info in a different format.   Sure enough, both packages have a new panel on the front with four or five bits of information highlighted.  You'll still find the traditional panel on the back of the package, same as always. 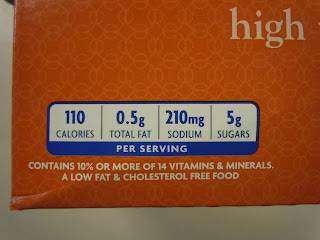 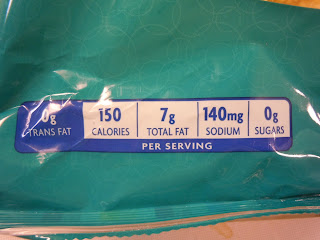 (Interesting, isn't it, that you get half again as much sodium in a bowl of cereal than in a "serving" of corn chips?)

I recall that we got the first inklings of this new labeling approach a year ago when the food industry touted it as a great new voluntary plan that was going to make us all healthier and happier.  Some observers were more cynical, suspecting this was a preemptive move to head off stricter label requirements by the government.

Now that it has appeared in my grocery my curiosity is piqued.  Some day when I'm not in a big rush I plan to cruise the aisles and see what other products have the new labels, and what they describe.

And I'll continue to pay attention to the government's efforts to require more meaningful nutritional labels.  Who knows, maybe we'll be seeing new packages again next year, and we can grumble about why the corn chips aren't in that familiar turquoise bag any more.
Posted by Kathleen Loomis at 4:06 PM No comments: