They've been holding the farmers market for several weeks already but unless there are local vegetables to be had why bother?  The farm-raised eggs, the local bison, the flowers and jams and the coffee-and-omelet special aren't on my shopping list, no matter what the season.  But last week we thought maybe there would be tomatoes. 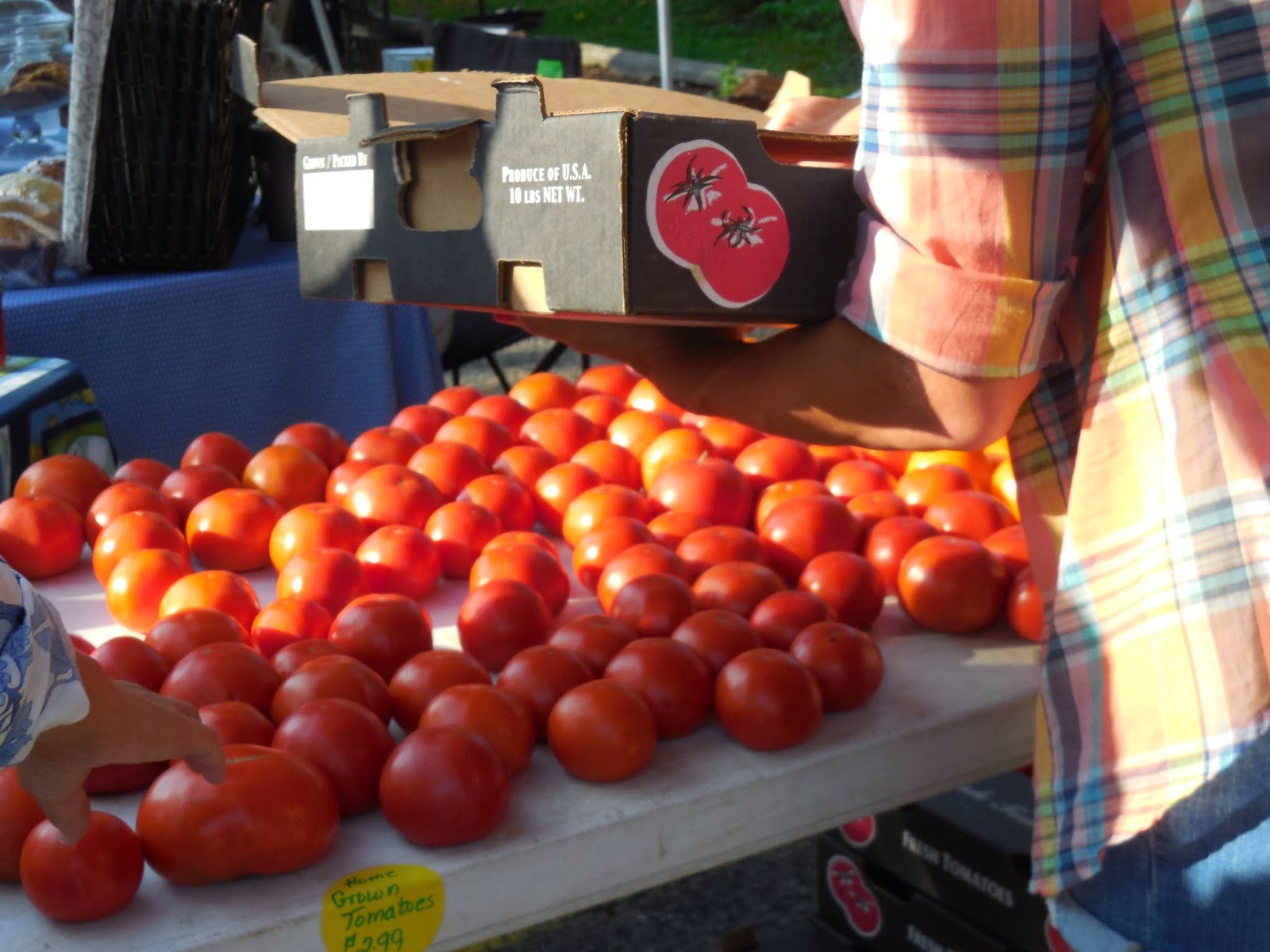 And they tasted like actual ripe tomatoes!  Maybe not as deep red and magnificent as in August, but definitely worth savoring in the first tomato sandwich of the year.  I hope they'll be good all summer. 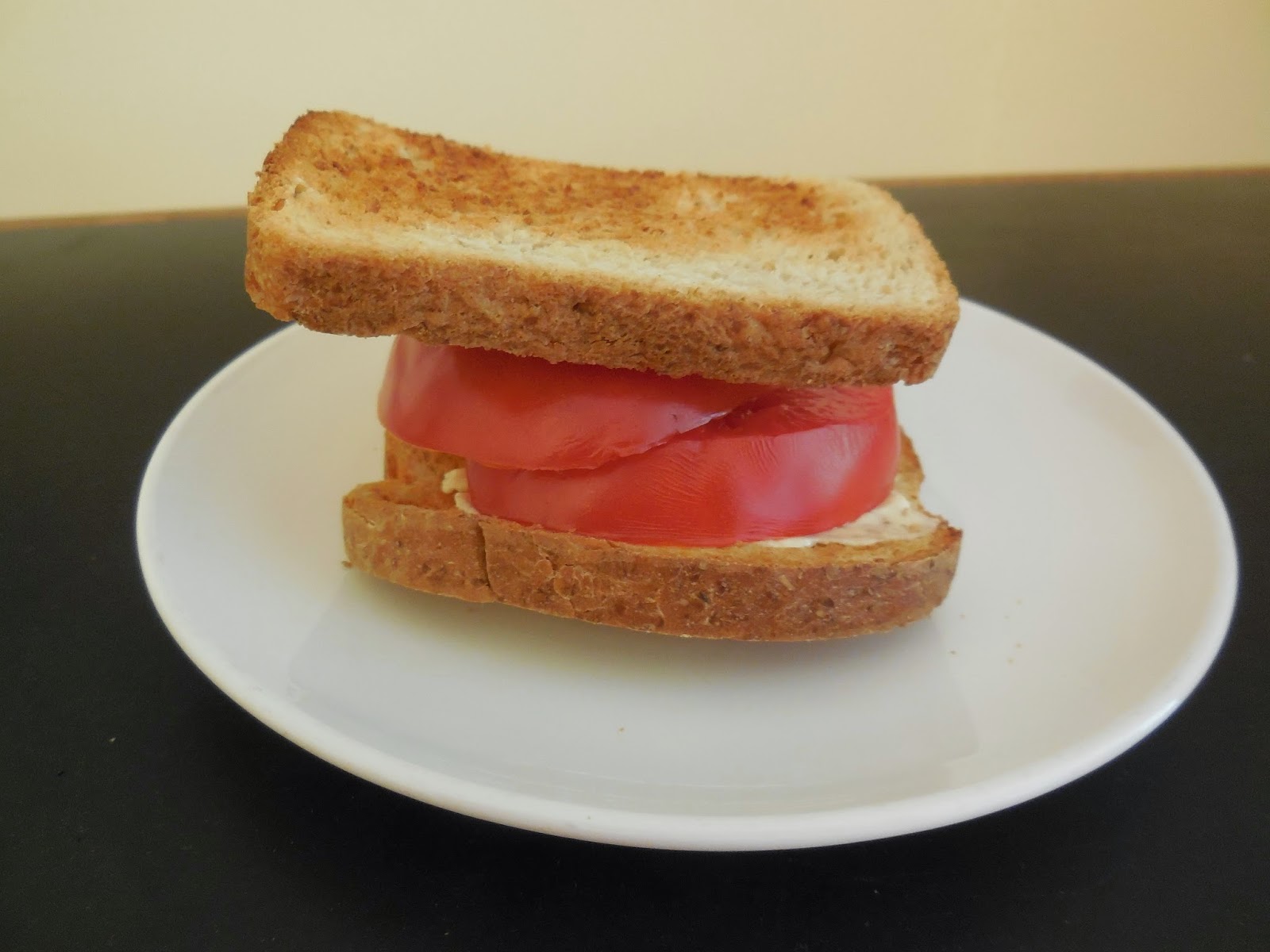 Posted by Kathleen Loomis at 1:19 PM No comments:


On the front of the menu: 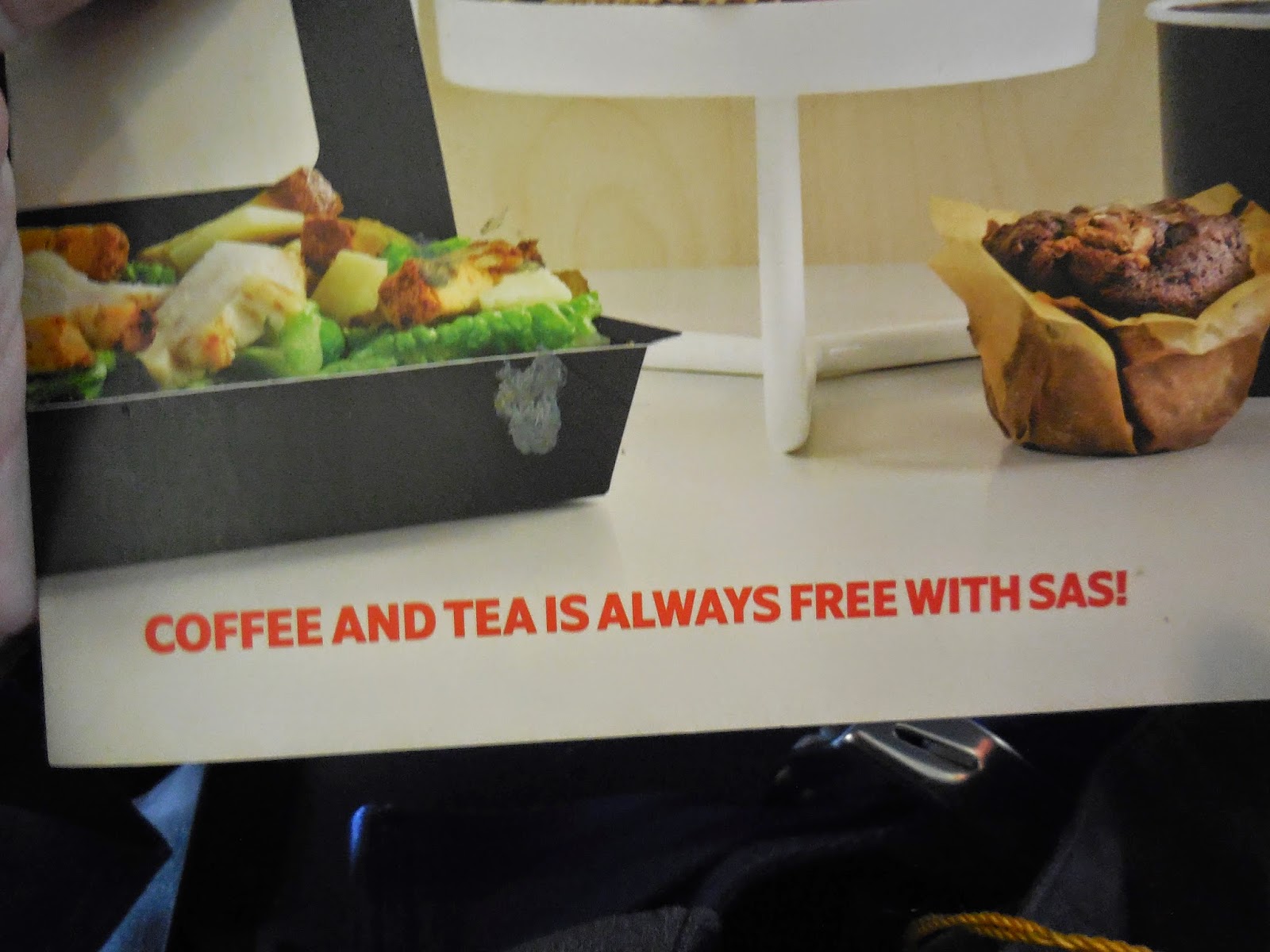 Posted by Kathleen Loomis at 1:55 PM No comments:

Email ThisBlogThis!Share to TwitterShare to FacebookShare to Pinterest
Labels: pricing


My fiber and textile art group recently had a full week of workshops with an internationally known teacher, who stayed at my house.  One of the workshop participants decided to bring a gift for the two of us -- a dozen eggs from her personal chicken flock. 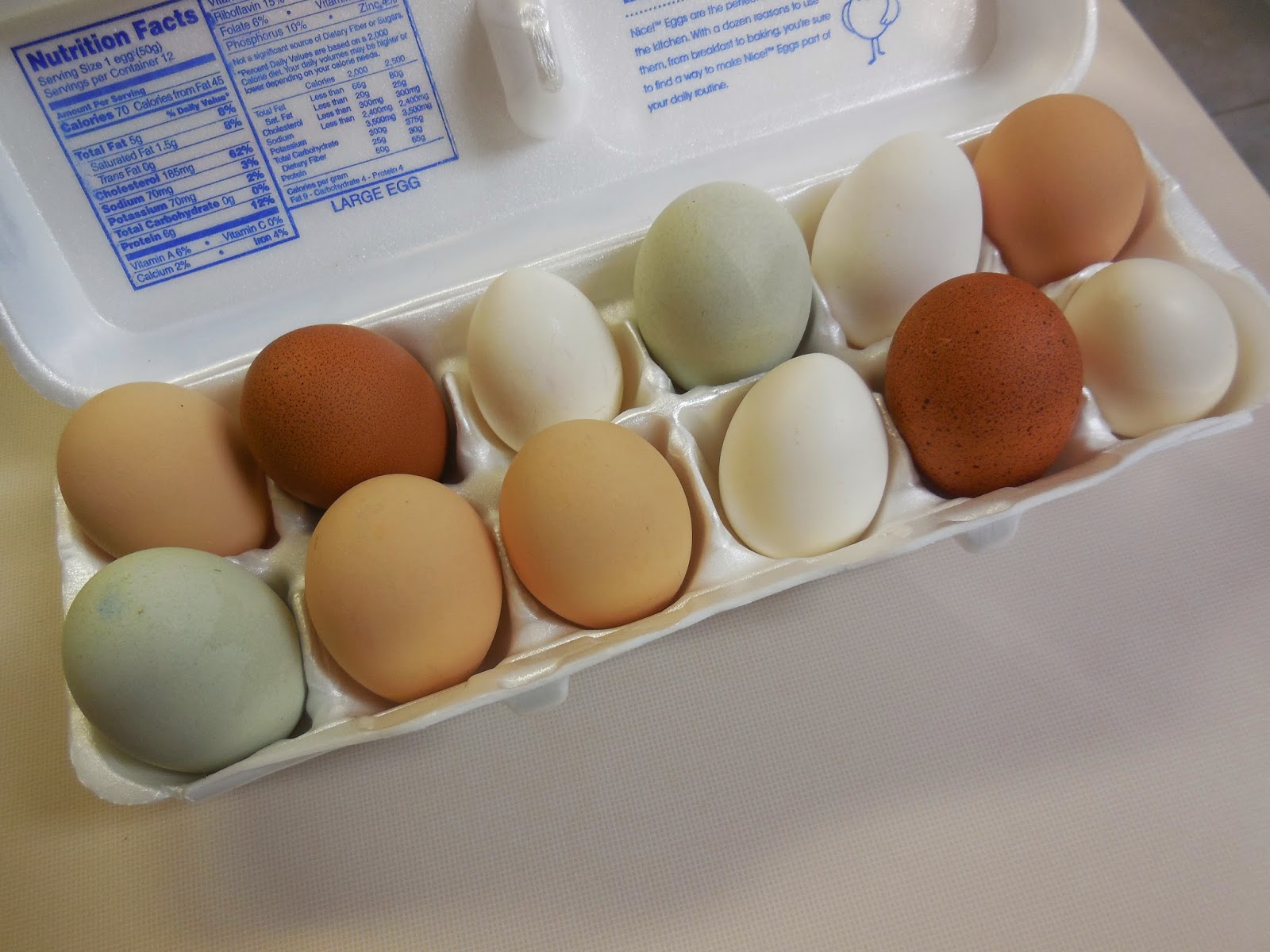 I have never seen a more beautiful box of eggs -- ranging from white through browns and even some green!

And they tasted good too.  Thanks, Linda!

Posted by Kathleen Loomis at 9:20 PM No comments:


I am a huge fan of Smartfoodwhite cheddar cheese popcorn.  No kidding, it has saved my life on more than one occasion, once being when I was on a two-stop flight home from Los Angeles, trapping me on the snack-free airplane for almost six hours.  I was late and had to rush through the airport early in the morning without breakfast, and contemplated starvation until I remembered a pack of Smartfood in the goodie bag from my convention.

Another time being when we landed hungry in Las Vegas at 4:30 pm, needing to eat before we boarded a shuttle for a two-hour trip into the boonies, and found all the restaurants outside security closed for the day.  Fortunately I had packed Smartfood in anticipation of needing snacks in the wilderness, hardly expecting that the wilderness would begin in the airport. 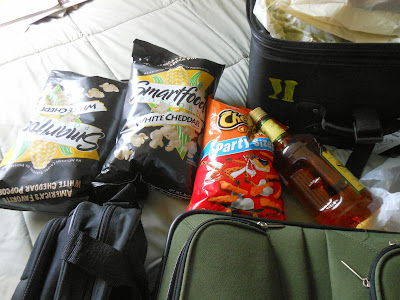 I could go on and on about how I love this stuff.  So when I was in the grocery and discovered that they have come up with a low-cal version, I had to try it. 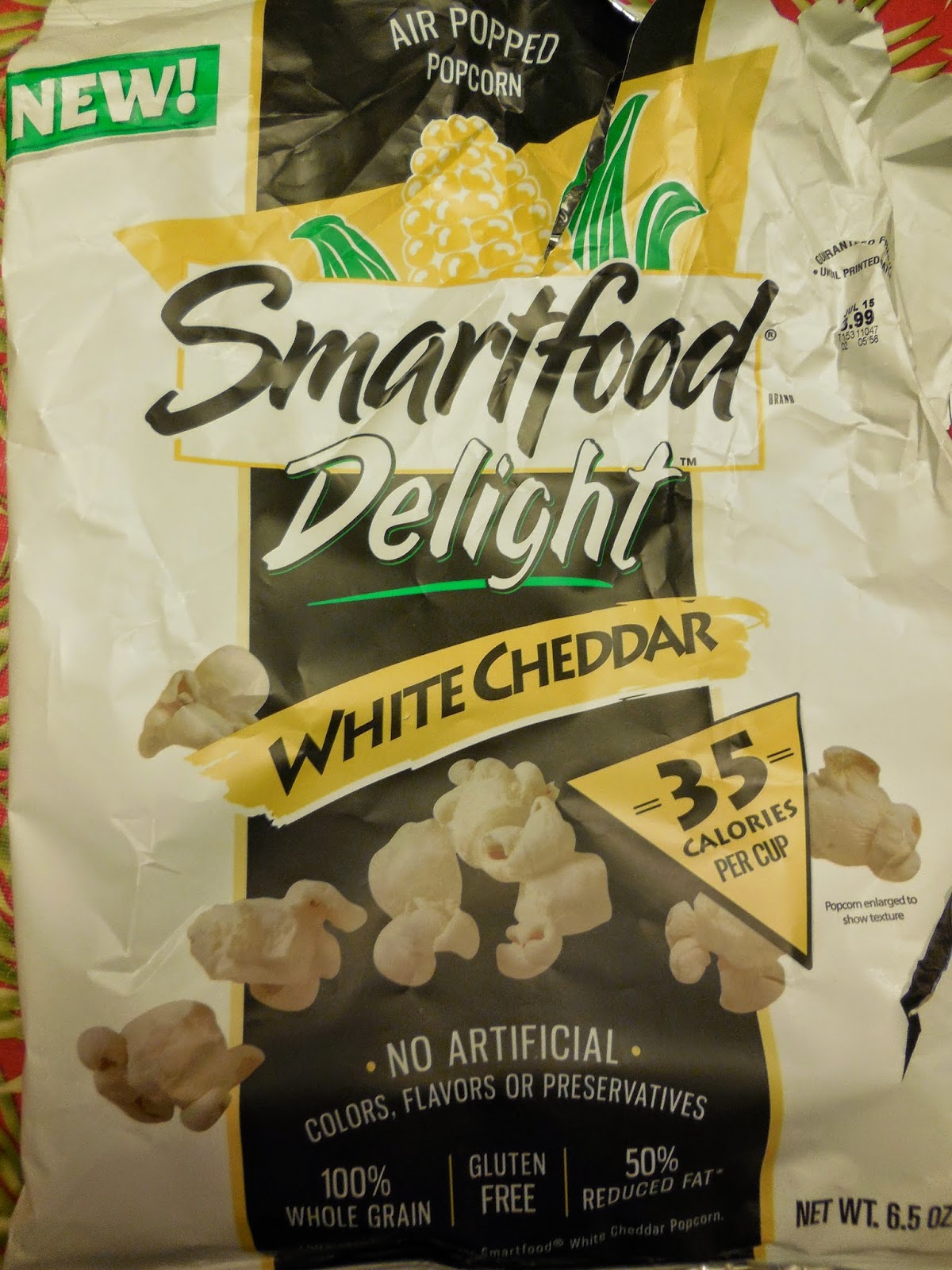 Well, dear reader, do not make the same mistake. Low-cal Smartfood is Dumbfood in my book, only slightly more appetizing than styrofoam.  Nice texture, no flavor.

It's the opposite of the movies, where the white hats are the good guys. With Smartfood the white bag is the bad guy.  Save up your calories until you can afford a black bag of the real stuff.

Posted by Kathleen Loomis at 5:36 PM No comments:


Last week was the annual sausage extravaganza put on by our friends, and a great spread it was!  There were nine different varieties, mostly porcine in origin.  What could be better? 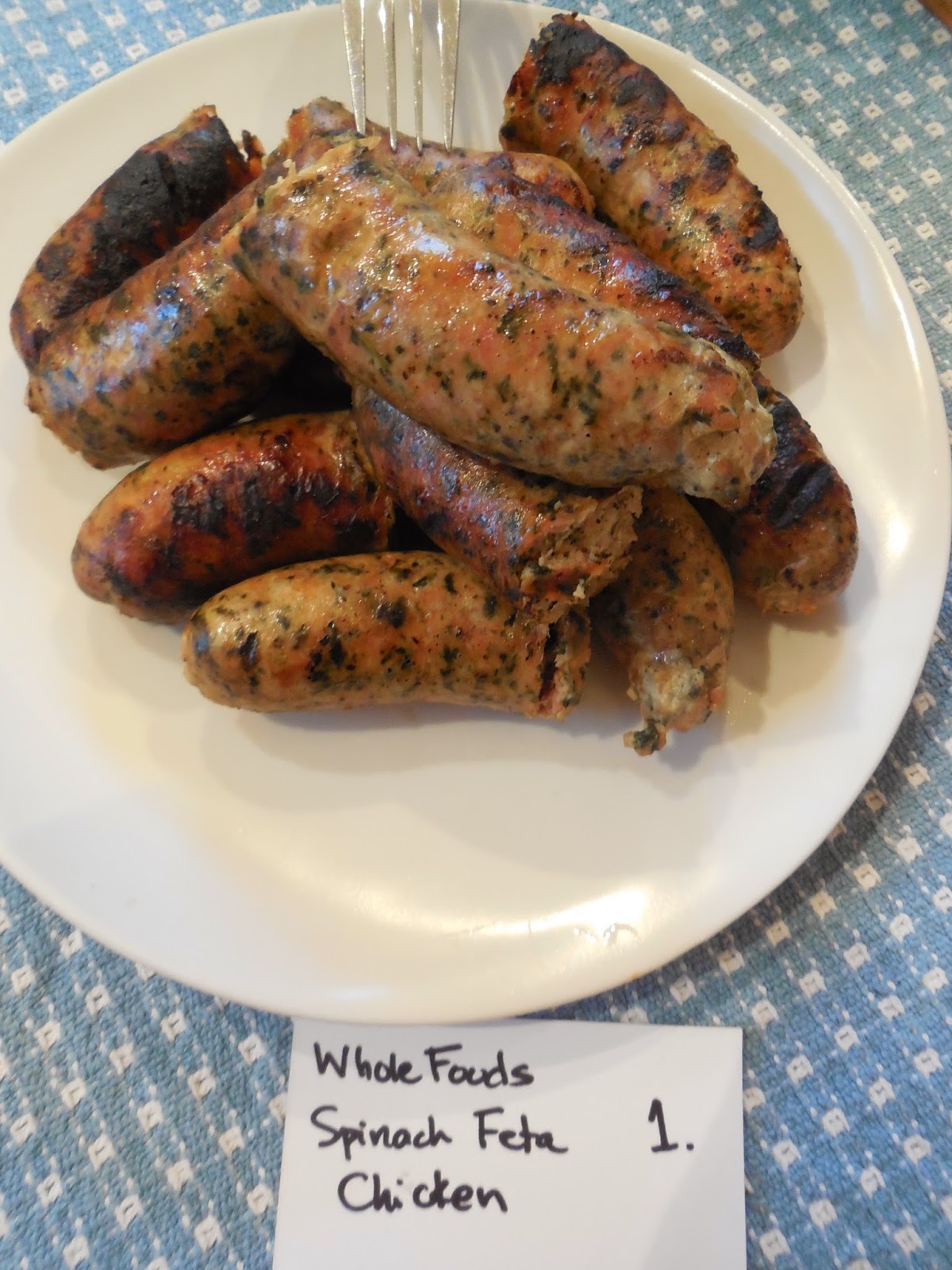 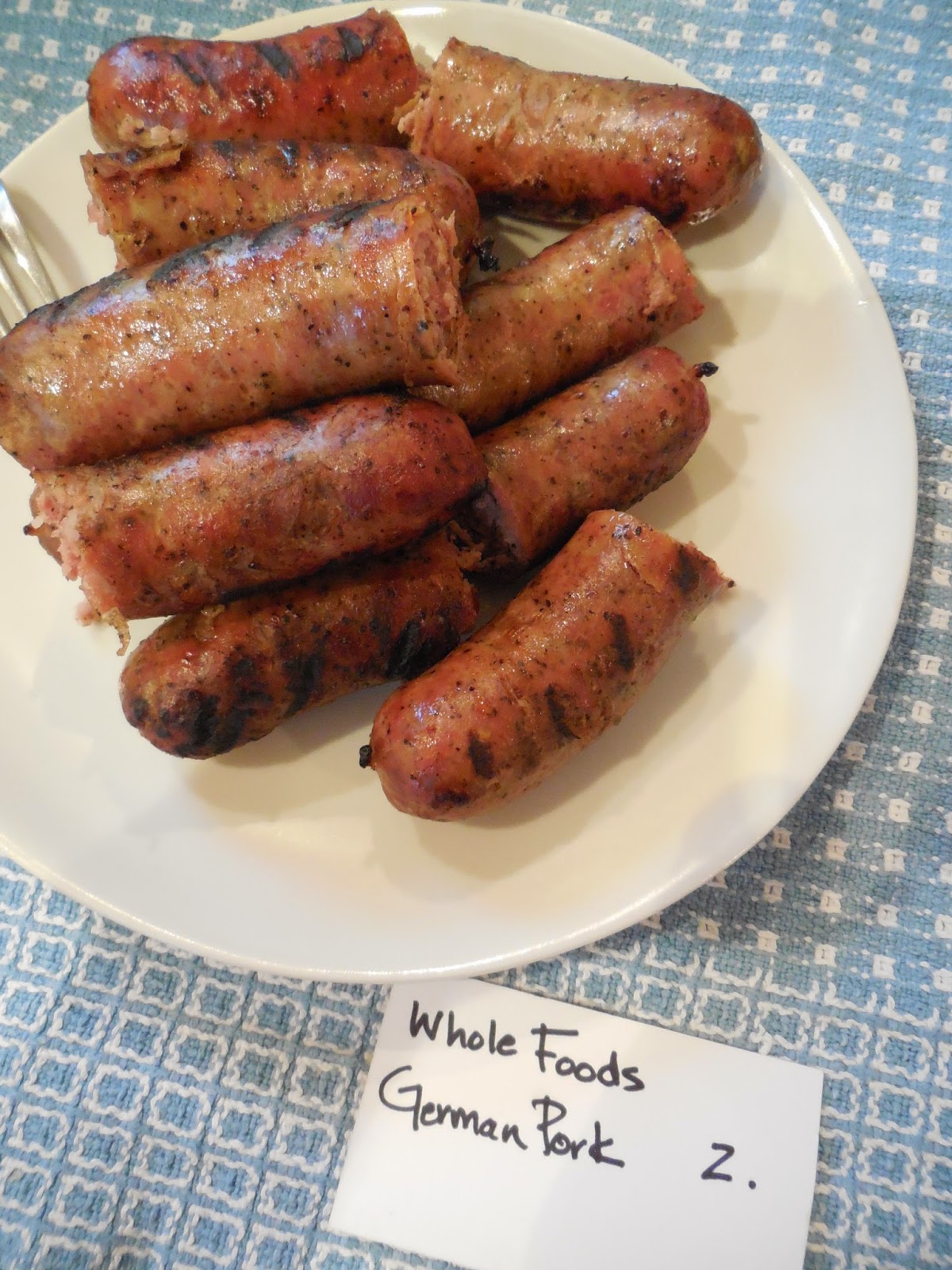 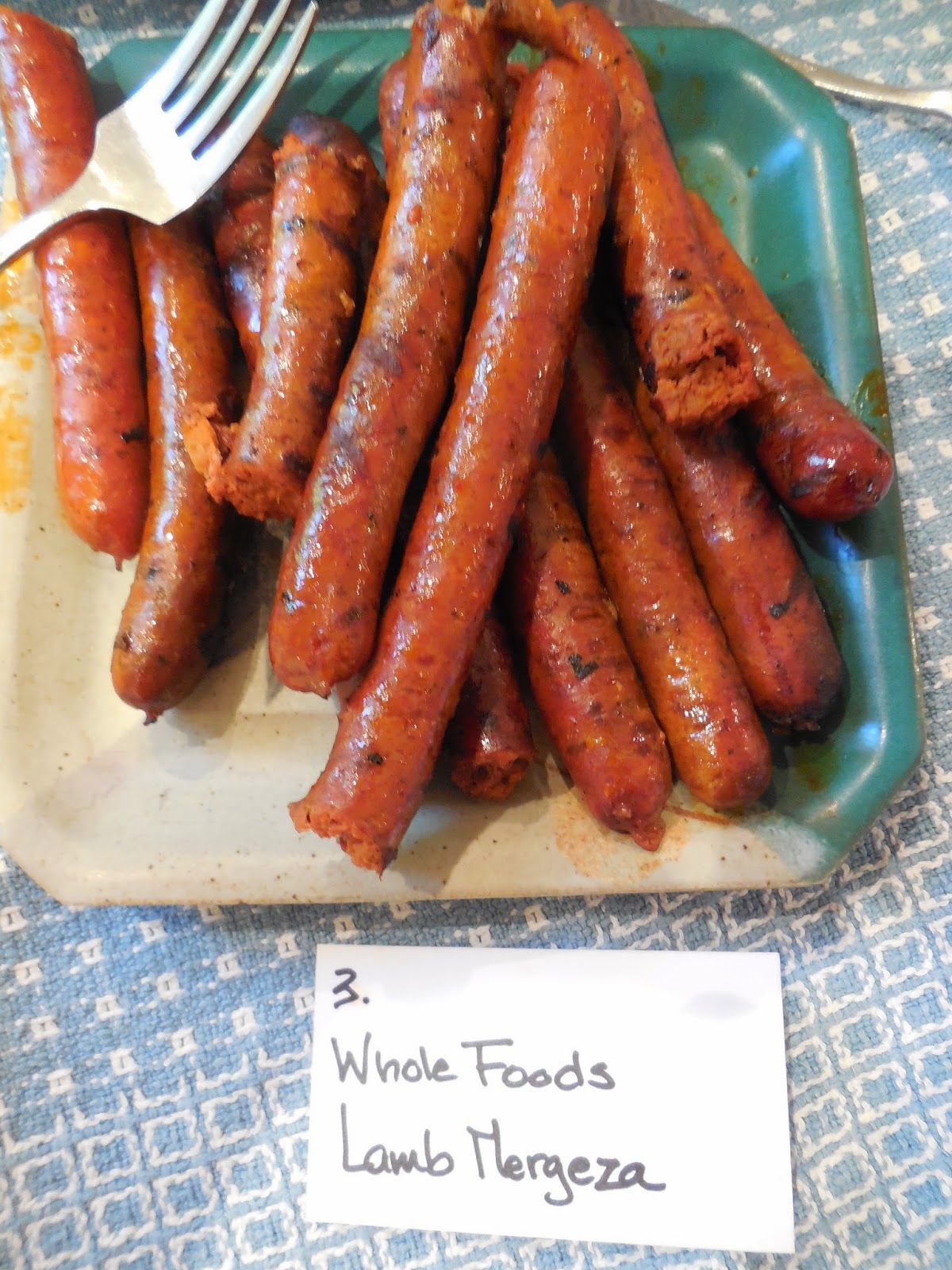 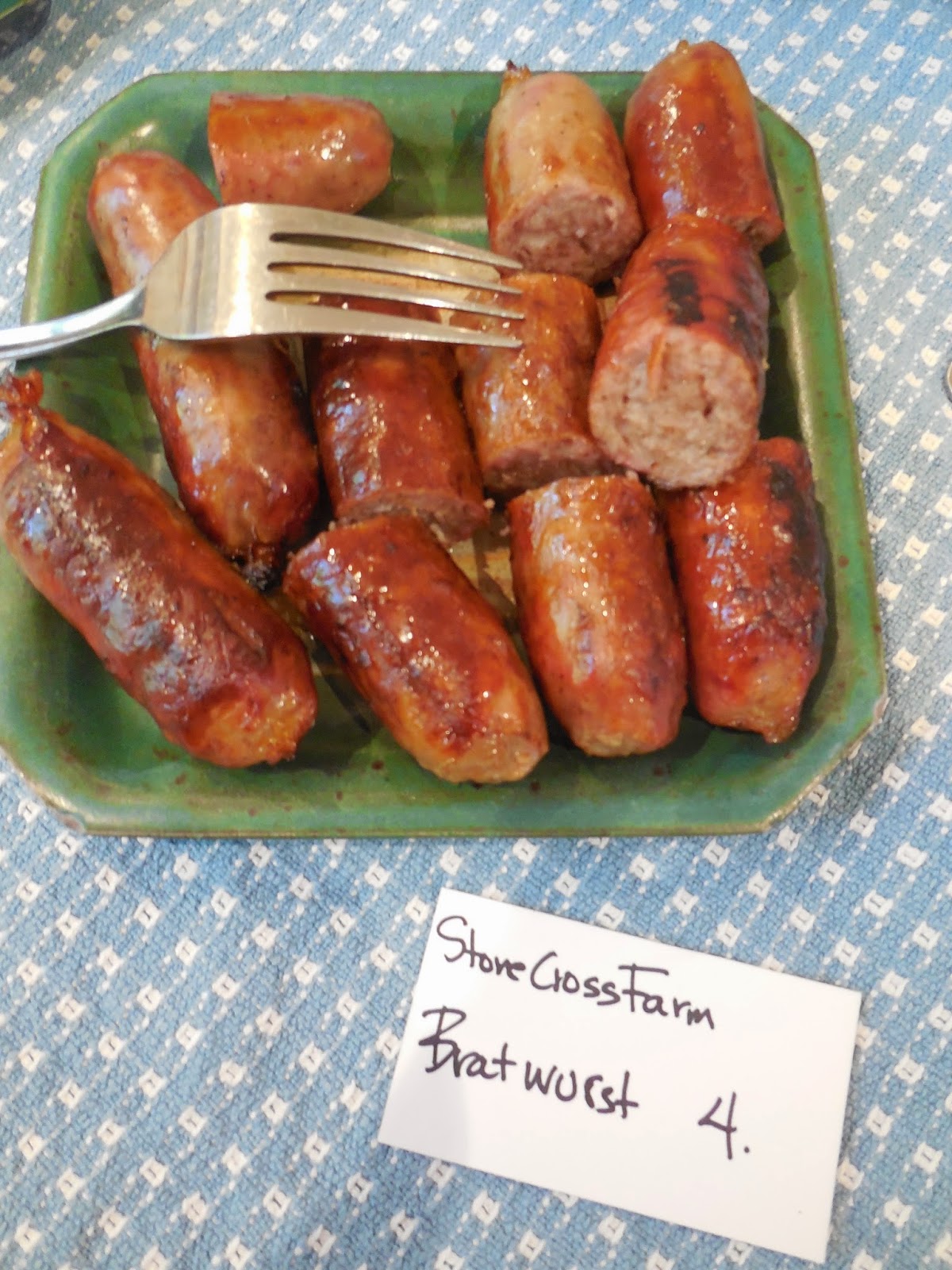 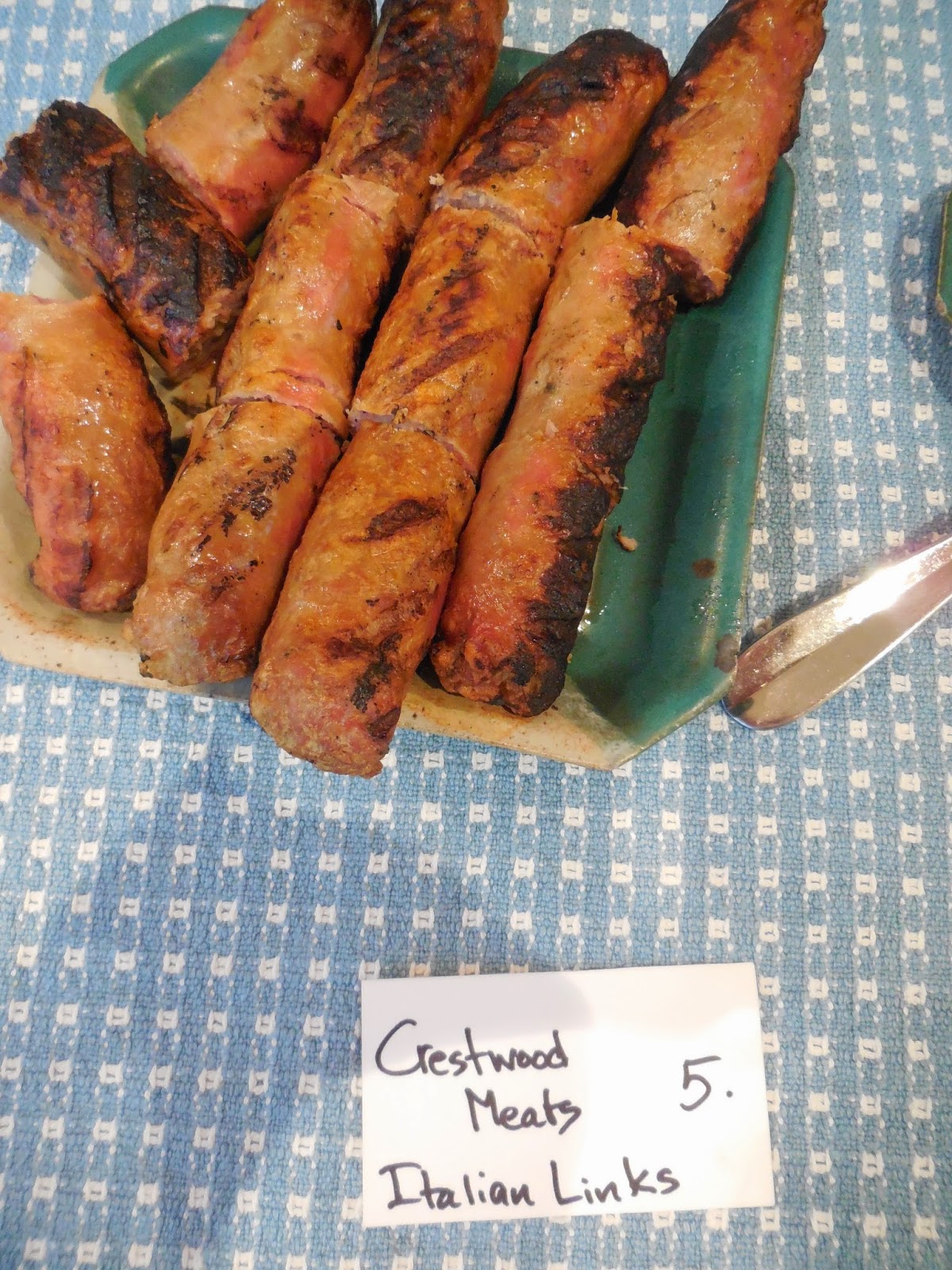 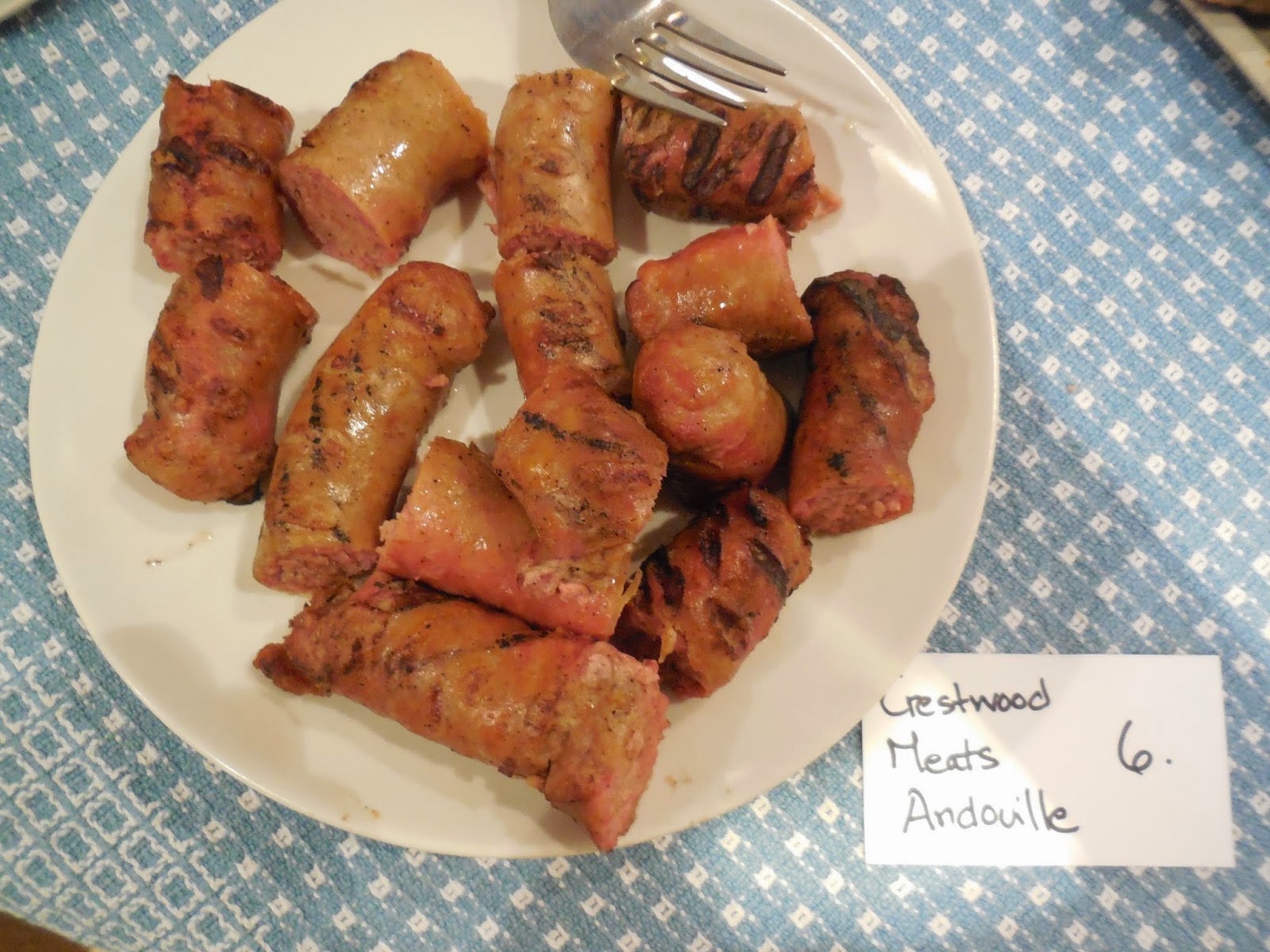 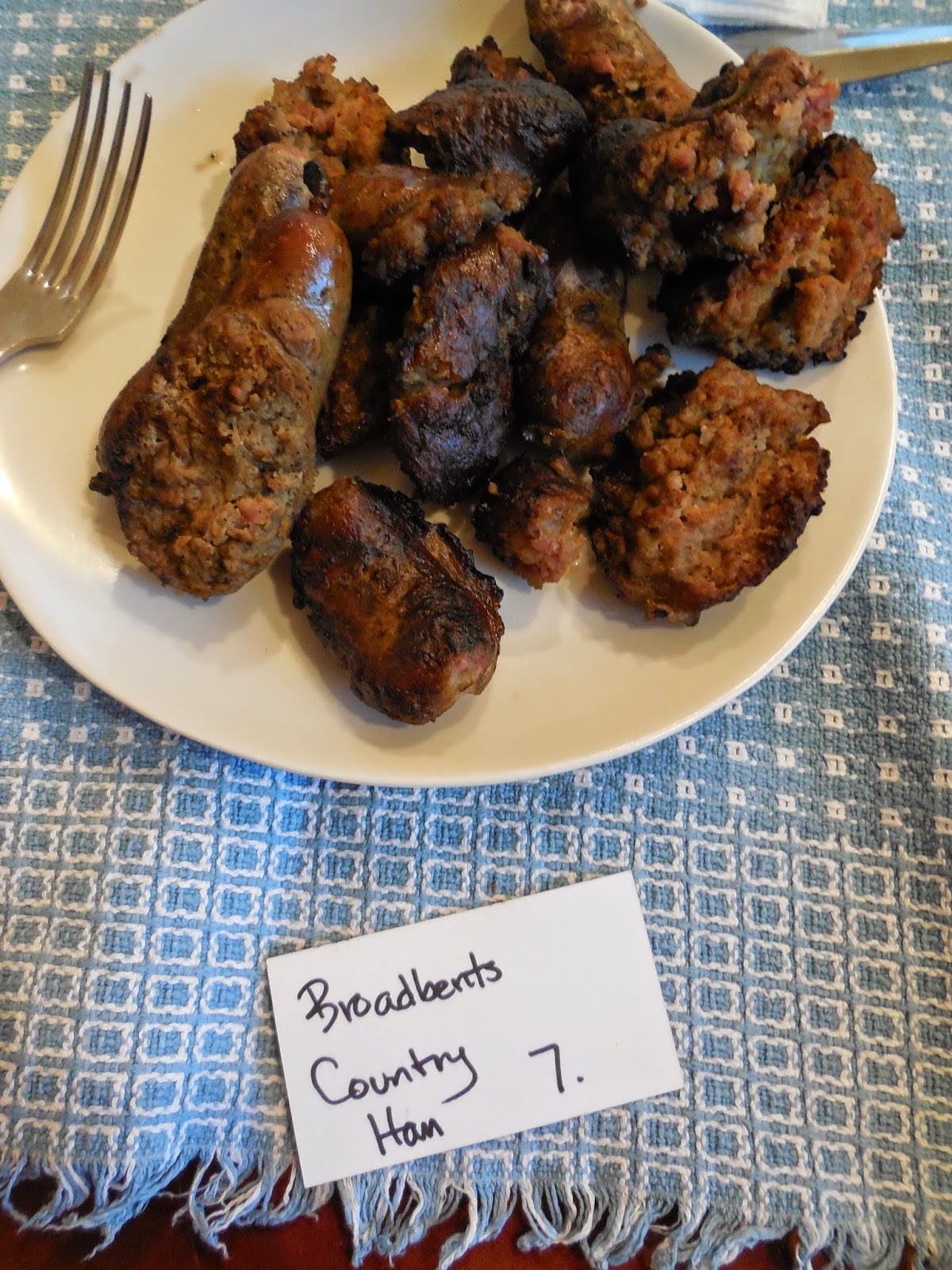 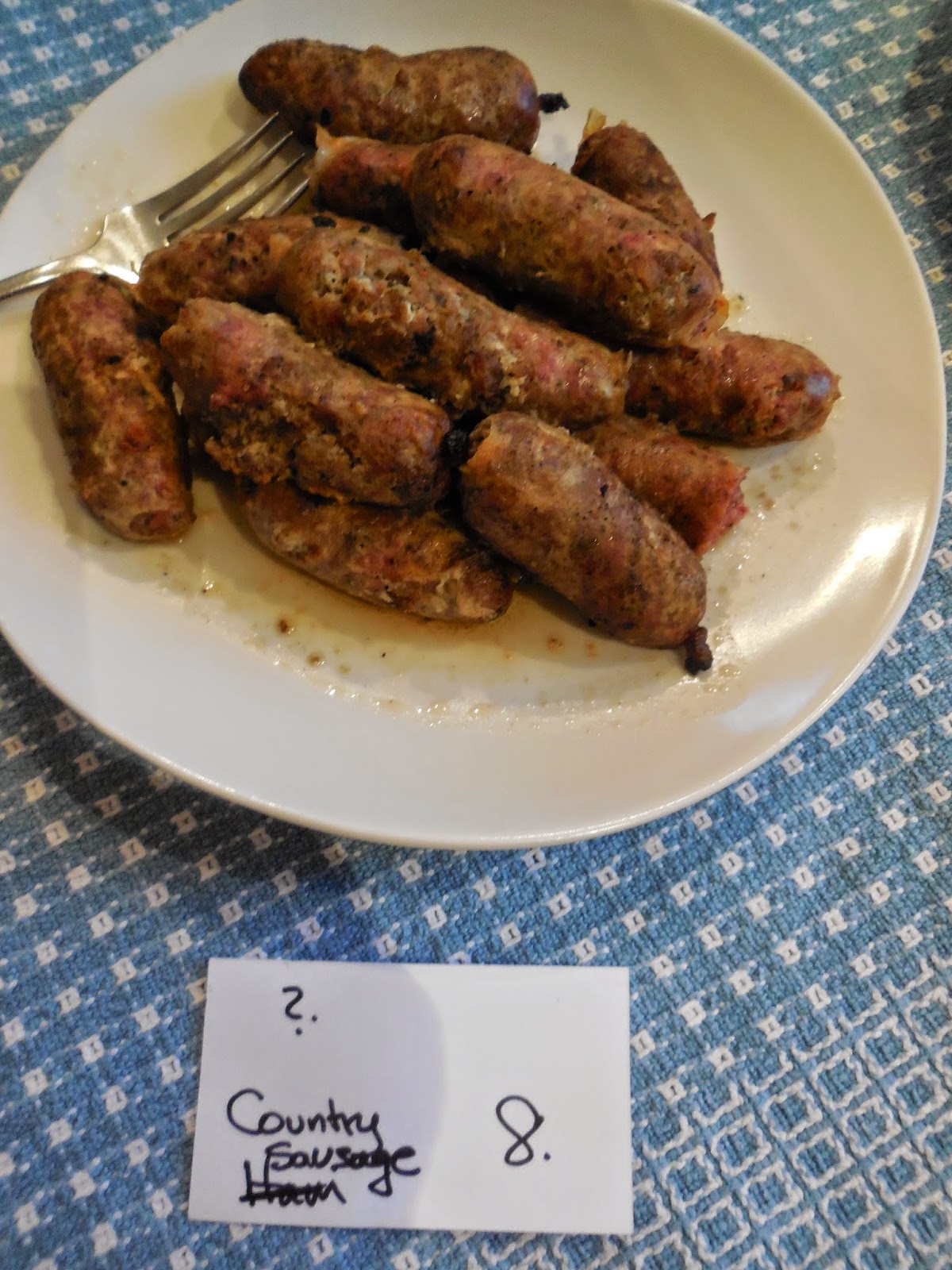 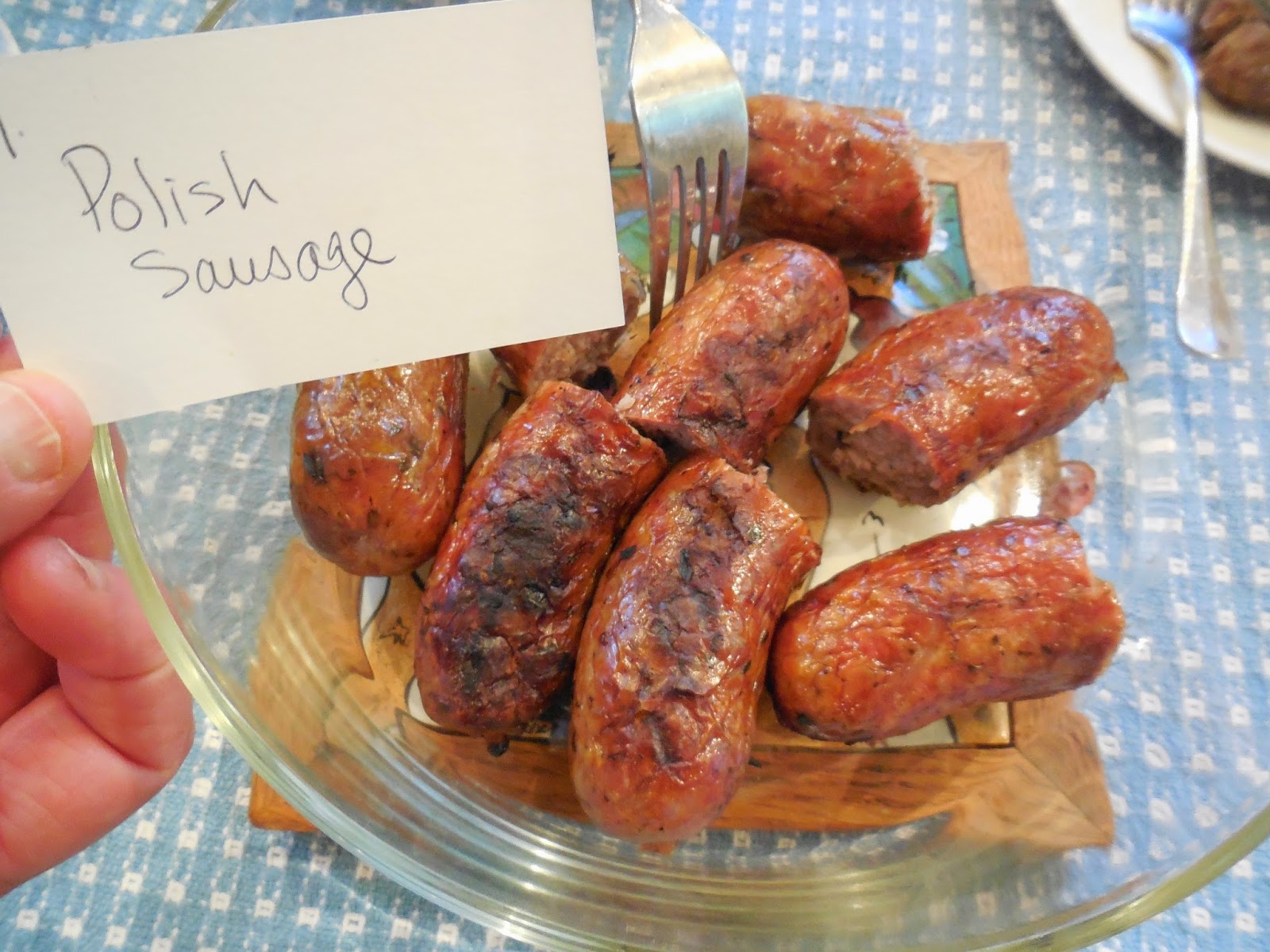