The system is working

This morning's newspaper had a story with this reassuring headline:  "Quick action averts huge mad cow scare" so I wondered what kind of action had taken place.

To recap, on Tuesday the USDA reported that a dairy cow in California had died of mad cow disease. But not to worry, this wasn't a beef cow, and neither people nor other animals catch mad cow from drinking milk, only from eating infected meat.  And apparently this cow had caught it from a "spontaneous" mutation, not from eating bad feed, which might mean other animals were also at risk. 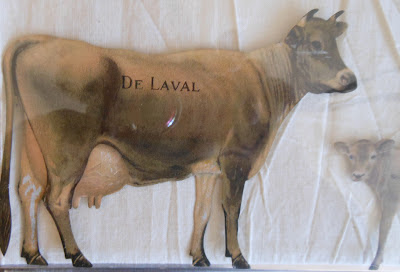 So what was the quick action?  Turns out it was all spin.

The Associated Press article explained:  "With billions of dollars at risk, the USDA and other government officials responded quickly, explaining consumers never were at risk because none of the animal's meat was bound for the food supply."

And:  "Meat industry groups, food companies and the American Veterinary Medical Association quickly issued statements and updated their websites, seeking to reassure the public that the nation's meat supply is safe."

Apparently the spin was successful -- the story subsided and unsold hamburger is not rotting in the supermarkets, although some markets in Asia have stopped selling US beef.  The Associated Press quoted a guy who runs a feedlot in Nebraska as saying, "It looks like that system is working, and for those of us in the business, that's a relief."

So I wondered, exactly what system is working?  Not the mad cow inspection system, because we don't inspect all cattle for the disease.  After the last mad cow scare in 2003 USDA tested a lot of cattle, found only two more cases, and decided there was no problem so it would cut the testing program by 90 percent.  Now less than one percent of the meat supply is tested.

After the last scare some beef producers had the idea of testing all their own cattle before they were slaughtered, hoping that seal of approval would appeal to consumers even if it did raise the price 10 cents a pound.  It would also have allowed their meat to be sold in countries that ban untested beef.  Sounds like a good idea to me (free enterprise and all) but the USDA refused to permit it.

USDA said that allowing meatpackers to test their own animals would imply that the USDA testing program was inadequate, and we wouldn't want that to happen.  Bad spin, you know.  And the federal courts went with the USDA.

I guess it's the PR system that's working.  Not that we were in much doubt about that.  And Nebraska guy was totally correct: for those of them in the business, it was a relief.

Email ThisBlogThis!Share to TwitterShare to FacebookShare to Pinterest
Labels: meat