Nutmeg -- the inside story

On our last cruise we stopped in Grenada, the Caribbean island known for two things: Ronald Reagan invaded it in 1983, and it produces 20% of the world's nutmeg.

Unfortunately Hurricanes Ivan (in 2004) and Emily (in 2005) devastated the island, wiping out almost all the nutmeg trees.  New trees have been planted, but it takes several years for them to reach full production.

So when we visited a nutmeg processing plant, the almost-empty warehouse was a sad reminder of a national economic and environmental tragedy. 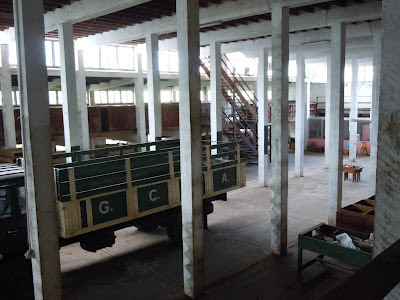 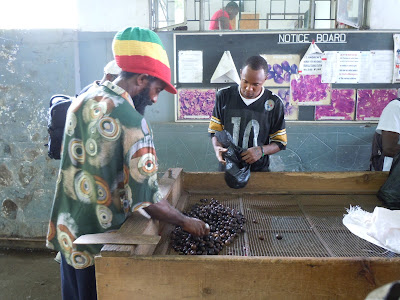 The farmer's load of nutmegs fills only a small corner of the sorting tray and you can barely detect anything in the big jute bag he takes to the weighing station. 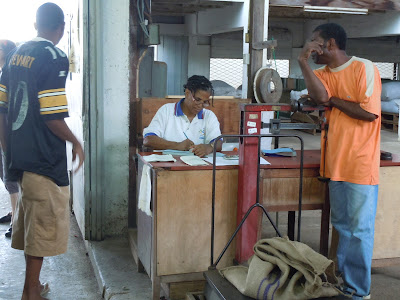 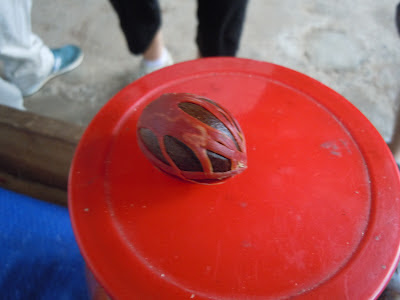 On the tree, the nutmeg is a fleshy fruit the size of an egg.  The farmer opens the fruit, then peels away the red mace covering the inner seed.  The mace is delivered and weighed separately. 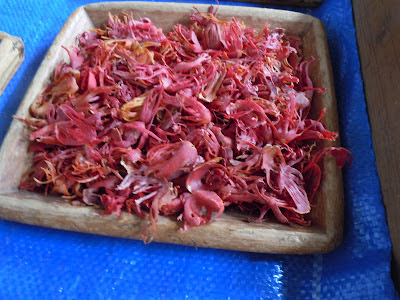 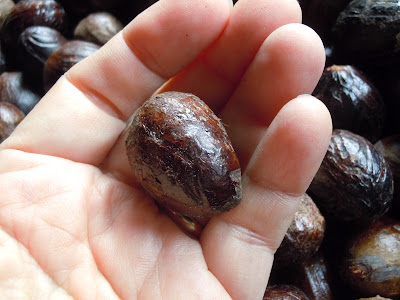 Now we're down to the nutmeg's protective shell, a thin, shiny, knobbly covering that isn't taken off till later. 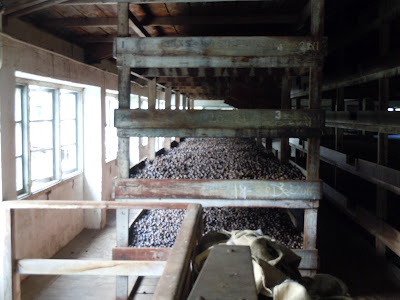 First the nutmegs rest in shallow bins for a while to cure. 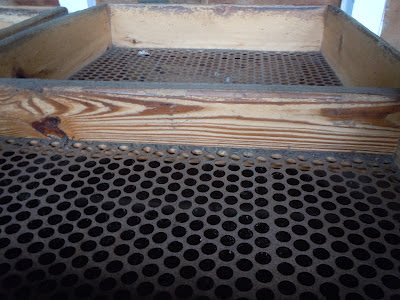 Then they're sorted by size (nobody was working these stations when we visited). 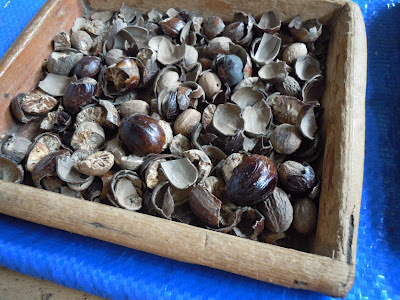 Eventually the shell is cracked to reveal the nutmeg, ready to be grated into your eggnog or over your applesauce.  (You do have a nutmeg grater, don't you?  A cute little appliance with a little compartment on top for the nutmeg.  No kitchen should be without one -- and a big bag of nutmegs hand-imported from Grenada is also nice.) Posted by Kathleen Loomis at 11:46 PM

Email ThisBlogThis!Share to TwitterShare to FacebookShare to Pinterest
Labels: nutmeg