Pick a peck of peppers

A new product appeared in the grocery last week, with a special introductory price that you couldn't refuse.  It's a two-pound bag of little sweet peppers in three colors, calling out "eat me!" at the top of their little plant lungs.  The little ones were about half the price per pound of the large red peppers on the other side of the aisle, so I brought a bag home. Two pounds of peppers go a long way.  And at the end of the week we bought another bag before the special price expired.  We ate some straight out of the bag.  We sliced some up to go into cole slaw. 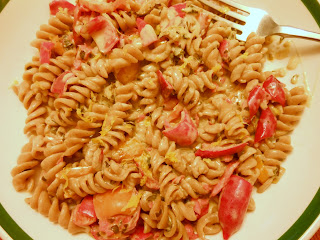 They showed up twice in pasta and twice as a cooked vegetable (once with carrots for a double-orange side). They showed up as the secret ingredient in crockpot chicken. 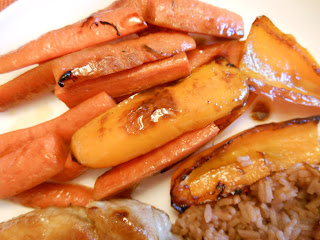 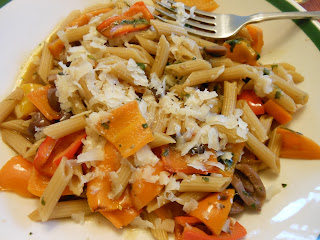 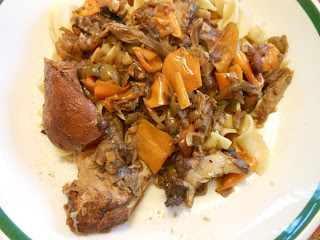 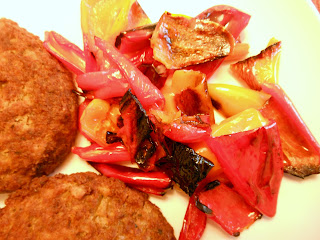 About halfway through the first bag of peppers I commented that it takes a whole lot longer to seed and cut up a dozen little peppers than one big one.  My husband had a brilliant idea: instead of using a knife, use the end of the vegetable peeler to just scrape the seeds and membranes out.  Indeed, that is much faster. 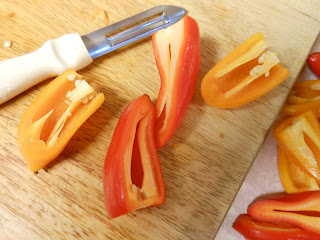 I suppose the usual special-introductory-price pattern will hold for these peppers -- in a week or two, after we're all hooked, the price will go way up. But meanwhile I plan to buy several more bags and stash them in the freezer.  Peppers are the only vegetable that can be frozen without blanching, and since they come in sealed bags I might just wait till they're thawing to wash them.
Posted by Kathleen Loomis at 10:13 PM