This looks like something viewed by the Mars Rover, but it's just my secret recipe for getting rid of stale smells in the kitchen.  A teaspoon or so of cinnamon, a cup or so of water, and cook it on the stove over low heat for as long as you like. 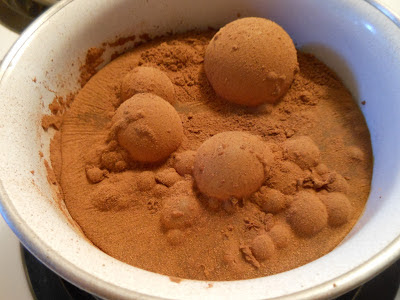 So where did the golf-ball-size bubbles come from?  Who knows!  I put the cinnamon in the pan before the water, the reverse of my usual method, which probably resulted in a different surface tension profile.

It's practically impossible to get the cinnamon and the water to mix smoothly, no matter how you assemble it (and who cares if they don't) but in 40 years of using this secret recipe I've never gotten this result before.

Posted by Kathleen Loomis at 7:38 PM