My friend bought a huge pale blue pumpkin several weeks ago and after a couple of big meals from it, decided it was going to be too much for the two of them.  She gave me about a quarter of it, which was a really big hunk.  I didn't think to take a picture of the original gift, but here's how it looked later -- beautiful pale bluish-greenish-gray on the outside, big thick bright orange meat on the inside. 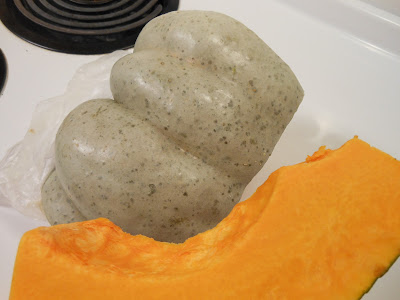 I've served plenty of pumpkin in the past from cans, and not just in pie.  And I've made plenty of winter squash of other varieties, but never a big pumpkin like this.  It has been a challenge to come up with new ways to fix it. 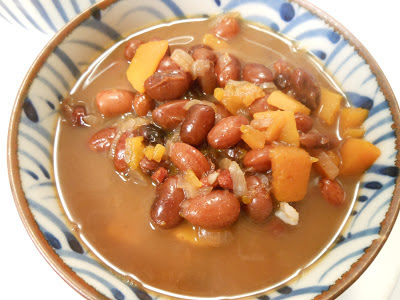 Here is it in soup.  Very pretty against the red beans, and just enough taste of its own. 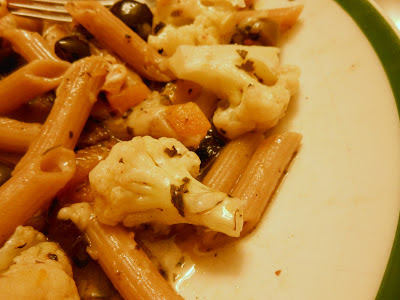 Here it is in pasta, along with cauliflower and black olives.  The combination was surprisingly good for a miscellaneous meal. 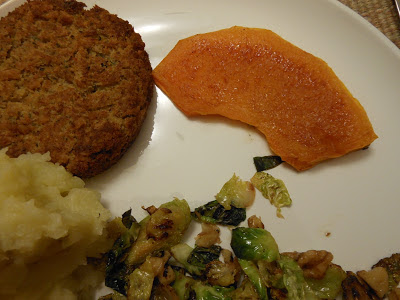 I had the oven on to heat up the crab cakes, so I put some pumpkin in too. 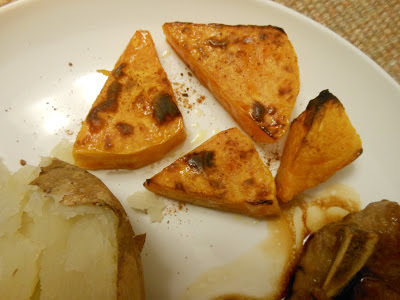 Here's another time when I stuck the pumpkin in the oven, but not long enough.  When it was time to serve, I had to turn on the broiler for a few minutes. 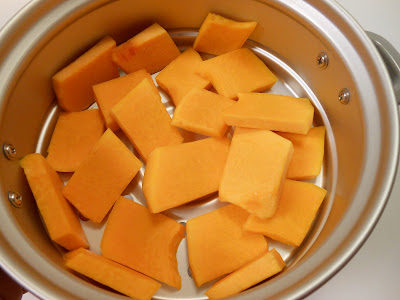 When I'm making rice I'll put some pumpkin slices in the steamer basket above the rice cooker.  If the slices are somewhere between a quarter- and half-inch thick, they are done in about 15 minutes, just as the cooker turns itself off.  (With brown rice, wait and put the pumpkin in a half hour after the cooker has started.)

A month after its arrival, one end of the pumpkin was getting a touch of mold so last night I carved off and threw out a big chunk.  But I figure we still have at least two meals left.  Eternity may be finally reaching its end.


Posted by Kathleen Loomis at 9:28 AM