Early in the season it's so tempting to grab a bag of your favorite fruit as soon as it shows up in the market, only to realize that you should have waited.  We had a bag of peaches two weeks ago and considering they were the first ones, they weren't half bad.  But a second bag from the same fruit stand was a terrible disappointment.  They smelled great, usually a tipoff that they will taste good too.  But not this time. 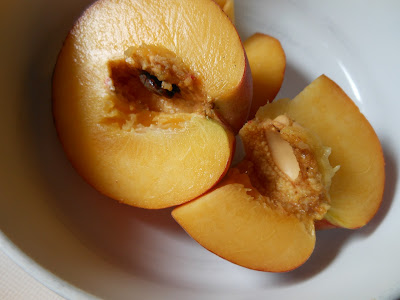 When we cut them open, the pits were unformed, and the flesh was so firm that it was hard to remove the pits and slice the fruit.  And they tasted like so much styrofoam.

The next day the peaches were a little softer, so we tried again, but the taste was equally nonexistent.

Coincidentally we had some tasteless apples hanging around, so I cut everything up and made peach-applesauce.  With an hour of long, slow cooking and a lot of fresh nutmeg, the result was pleasant if not great. 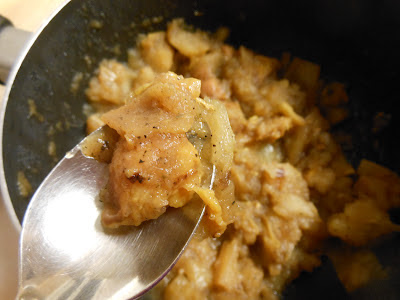 We'll probably take a week off before we try peaches again; maybe they'll be better as the season wears on.
Posted by Kathleen Loomis at 11:23 PM

Email ThisBlogThis!Share to TwitterShare to FacebookShare to Pinterest
Labels: fruit