Farmer Ken started seeds indoors under lights, and two weeks ago decided they were big enough to put outside on the screened-in porch during the day, a necessary "hardening" step before they get transplanted into the garden.  But disaster struck twice.  First, it rained -- more than three inches -- and the plants nearly drowned before he realized they weren't protected by the roof.  So the next day he put them out in the sun to dry out.  That was fine, until the whole tray collapsed and landed upside down as he was carrying them back in. 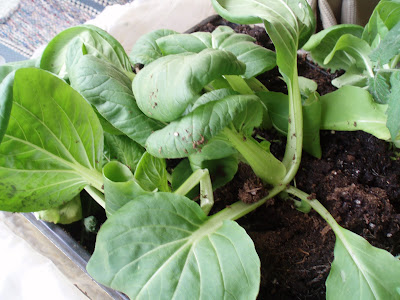 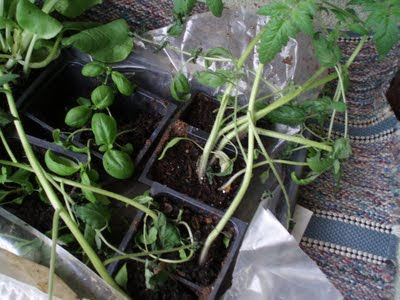 The bok choy and the basil still look perky, but the poor tomato plants, having landed on their heads, were wounded.  Would they survive?  He planted them anyway, our attitude toward plants being that if they're not tough and motivated enough, they don't deserve to have a future.

Then we went away for ten days, during which it rained more than four inches, and came home to find that everybody is flourishing.  It's the first time we've grown bok choy, and we're looking forward to many meals. 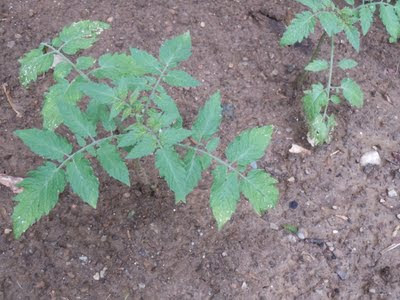 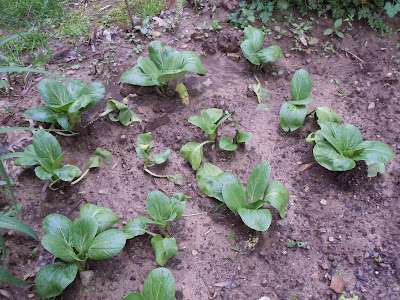 Posted by Kathleen Loomis at 3:24 PM

Email ThisBlogThis!Share to TwitterShare to FacebookShare to Pinterest
Labels: garden