I am not enamored of the strong taste of cooked kale, but I just love it served raw -- not on a plate or in a salad, but in soup. 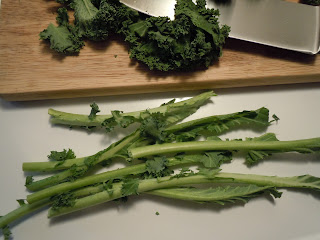 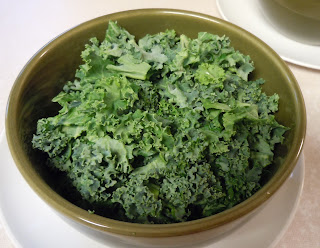 I like to cut away the thick ribs, then chop the leaves and pile them into a soup bowl practically to the top.


This bowl holds more than two cups of kale, and you might not think there would be much room for soup on top of it.  But the instant the hot liquid hits the kale, it wilts and shrinks, so I was able to put almost two cups of soup into the "full" bowl. 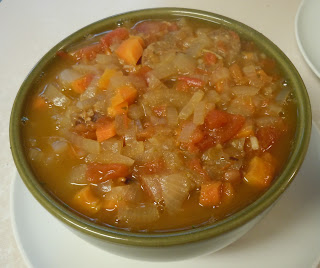 At first you have to eat just the plain soup, unless you've left more room in your bowl than I did.  But as soon as you have eaten a few mouthfuls, you'll be able to dredge up beautiful green stuff from the bottom of the dish.


It tastes great, and is one of the easiest ways I know to add serious vegetable material to your diet.  And it's fun when your food changes color in mid-meal. 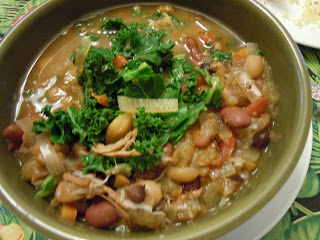 By the way, I mentioned spinach and escarole earlier.  They both make wonderful soup additives too.  I add spinach raw, exactly as I do kale, but escarole seems to like to be cooked, so I chop it up and add it to the soup ten minutes before serving.
Posted by Kathleen Loomis at 8:50 PM