When we lived in Germany, we frequently ate at a small restaurant where Ochsenschwanzsuppe (oxtail soup) was on the menu all the time, and I loved it.  It was brown and smooth and rich.  Obviously there were vegetables in there somewhere, but nothing identifiable by taste.  For the last 40 years I've been wondering how you make it, but instead of trying to replicate that recipe I've taken to using oxtails in a very different way.

Oxtails come as two- or three-inch slices of the actual tail, with vertebrae and a spinal column through the middle, protected by a big slab of fat around the outside that needs to be trimmed off before you cook them. 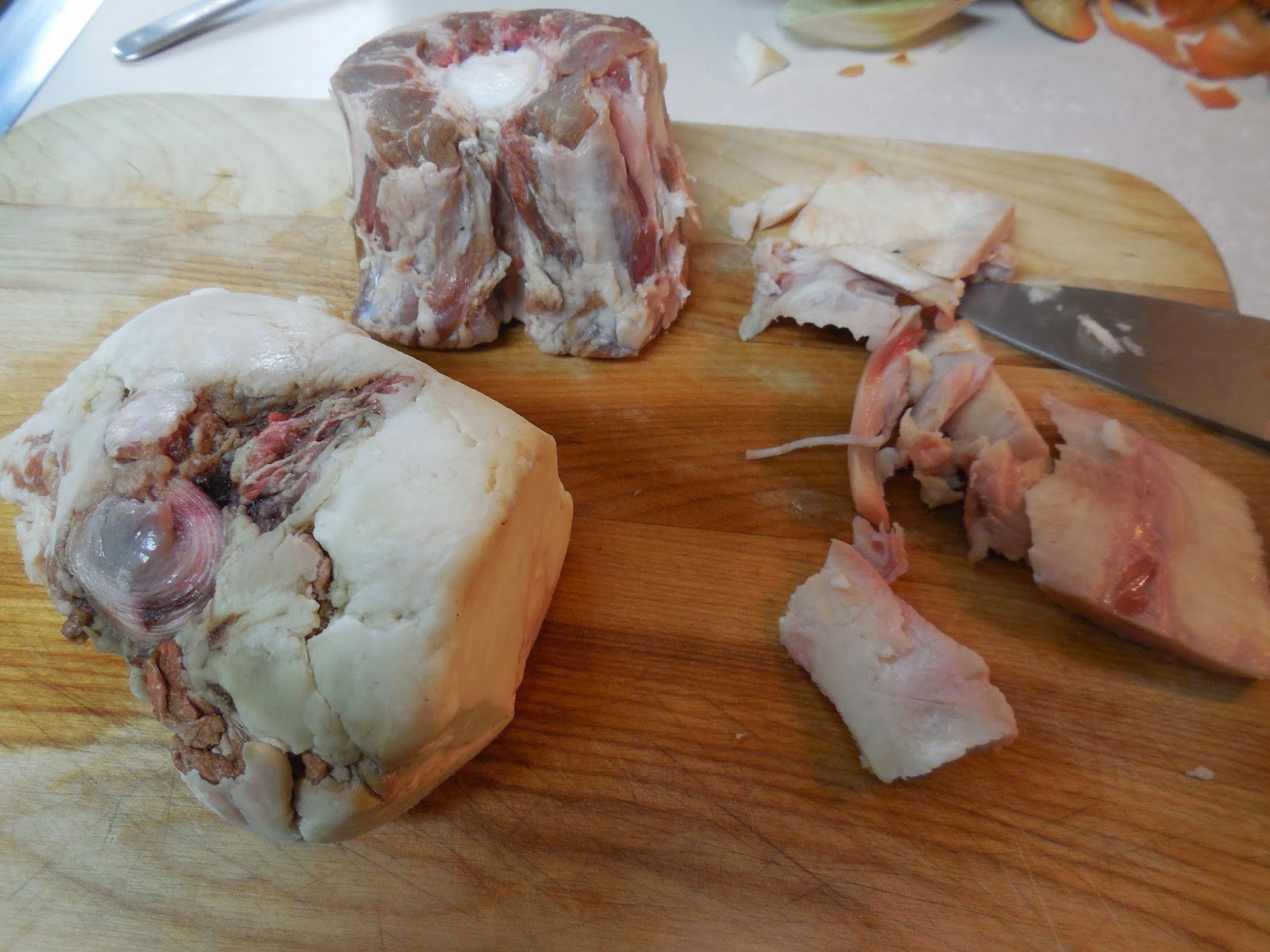 Render a little of the fat, brown the meat, saute a lot of onions and a bit of garlic, put it all into a big pot, add a can of diced tomatoes and a half bottle of red wine, and let it simmer all afternoon.

Yesterday I still had some rosemary in a vase on the kitchen table from just before our first freeze of the winter (what was that -- ten years ago???) so that became the herb seasoning.  You could use any other fresh or dried herbs you have around.  Finally I found some cauliflower in the fridge and added two big hunks about 15 minutes before dinnertime. 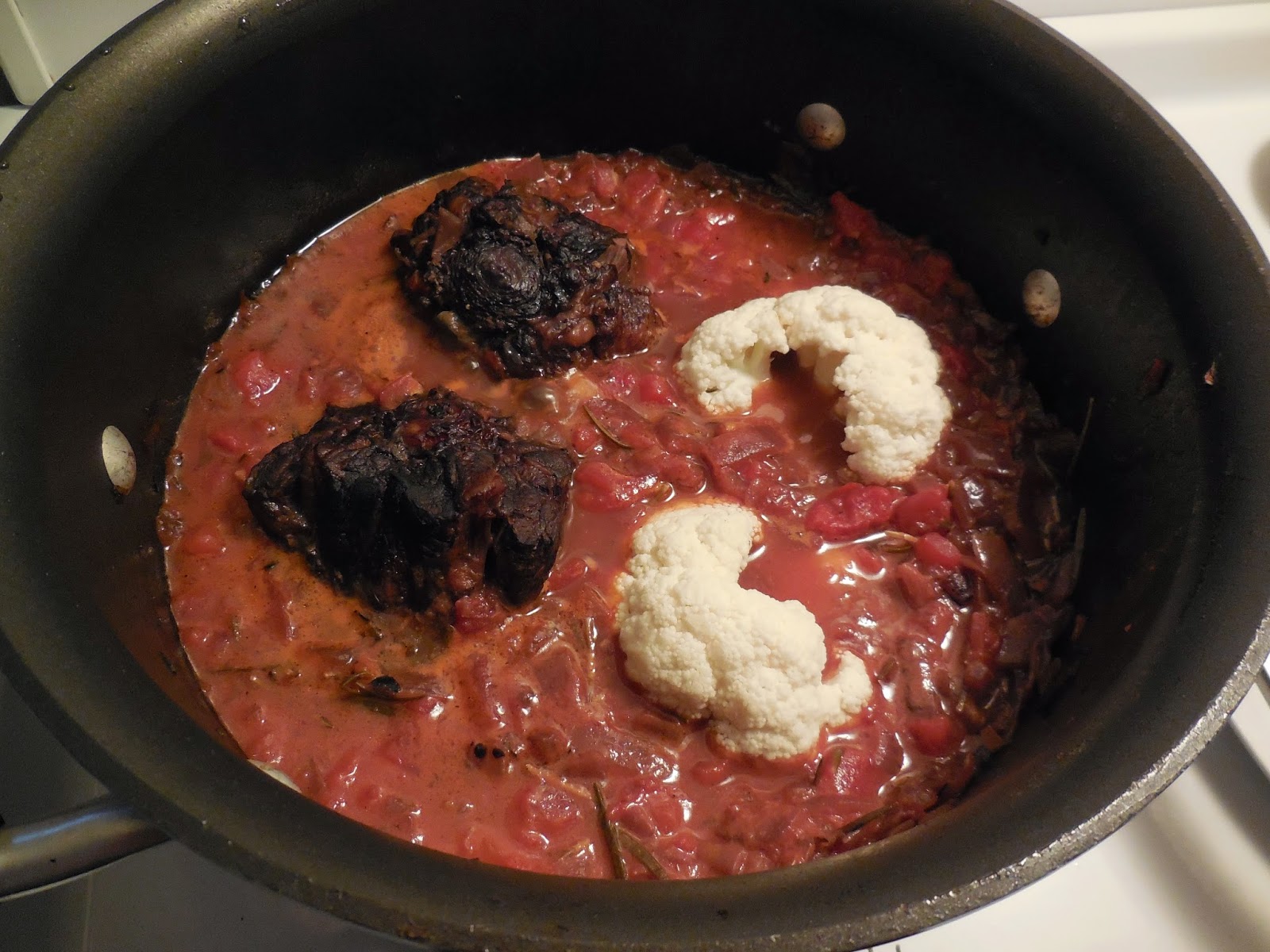 The cauliflower got nice and pink from the tomatoes; the most effortless preparation of vegetables you can imagine!  I'm sure many other vegetables could be added the same way. 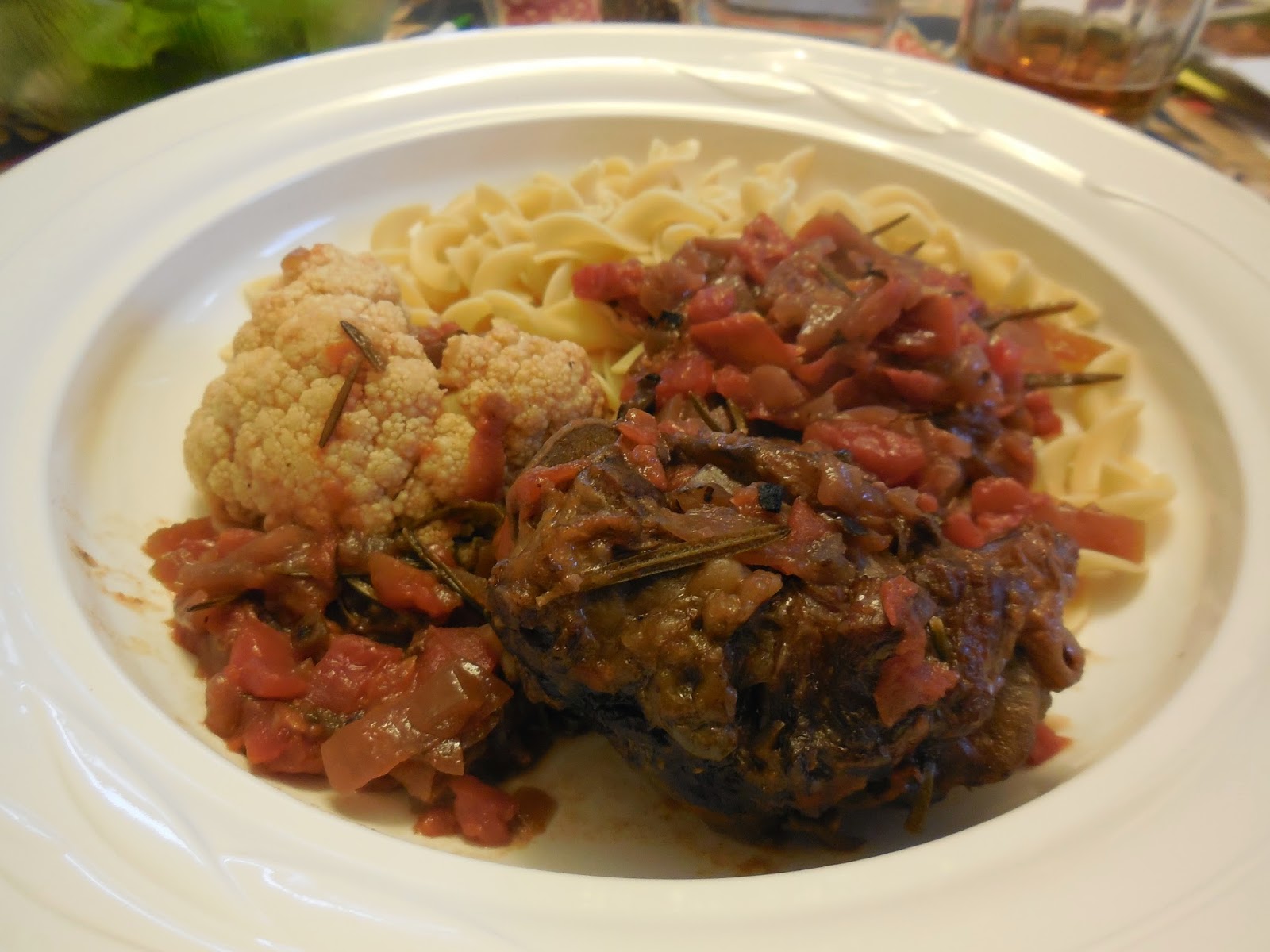 One thing I like about this dish is that you end up with leftovers that become a fabulous soup.  If there's any meat left, dice it up for the soup.  If not, just use the tomato-onion base.  Add some broth or water and additional vegetables if you want.  My default ingredient is quite a bit of cabbage, using the core and the thickest leaves cut into chunks.

Posted by Kathleen Loomis at 11:47 AM