We love eggplant, and my default preparation is to slice it and saute in a bit of olive oil.  We'll either just eat it on a plate as is or cut it into small pieces and add to a pasta. 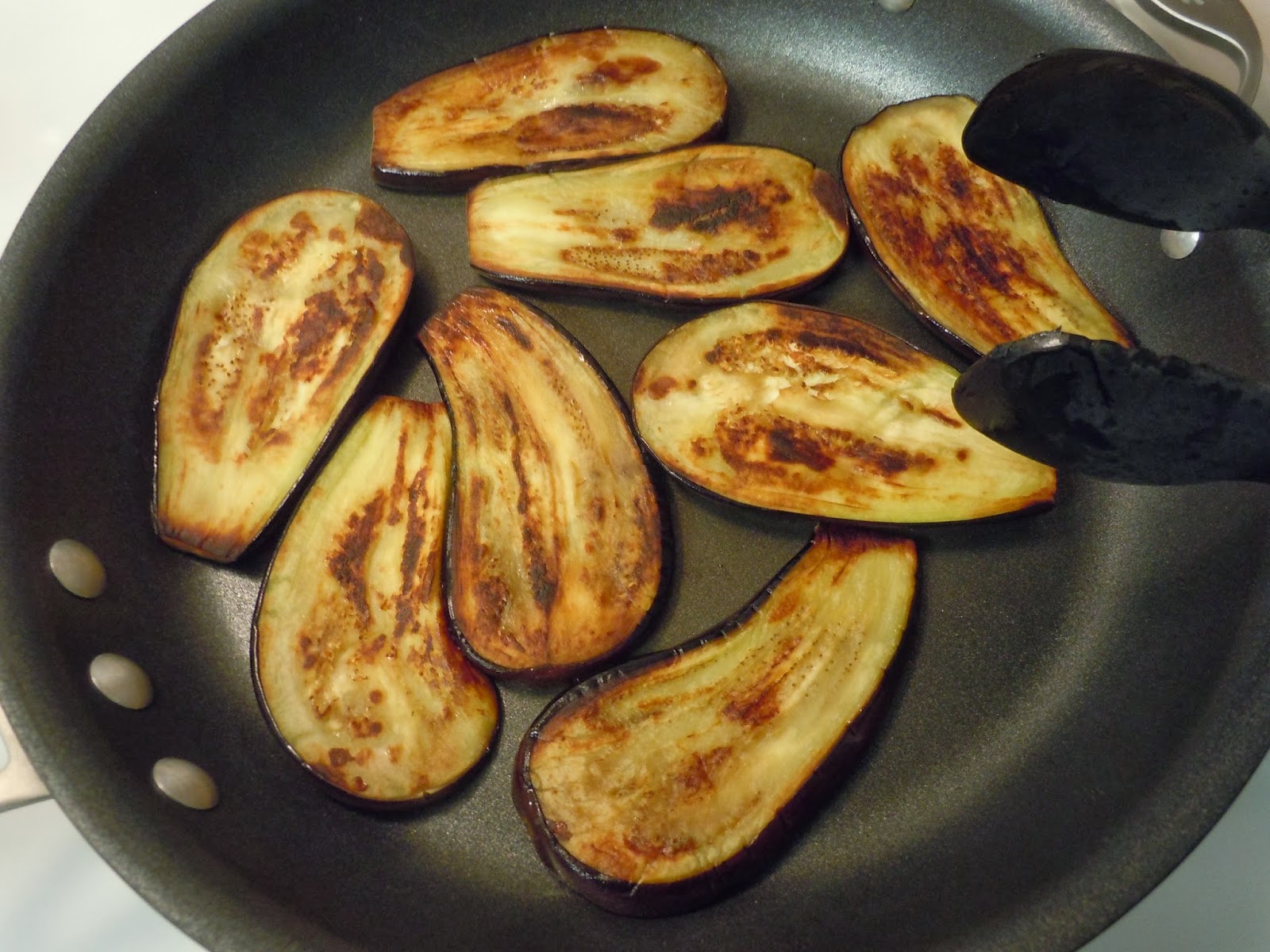 But this week the eggplant was semi-forgotten and it was looking unhappy, a bit limp and withered.  It needed to be cooked NOW.  And besides, we were going out that night, so I had to cook it in advance of actual consumption.  What to do?

I put it on a pan and stuck it under the broiler, on the highest shelf so the top of the vegetable was only an inch under the heating element. Broiled it until I started to smell char, then flipped it over and did the same thing on the other side.  After it cooled I stuck it in a plastic bag and put it in the fridge. 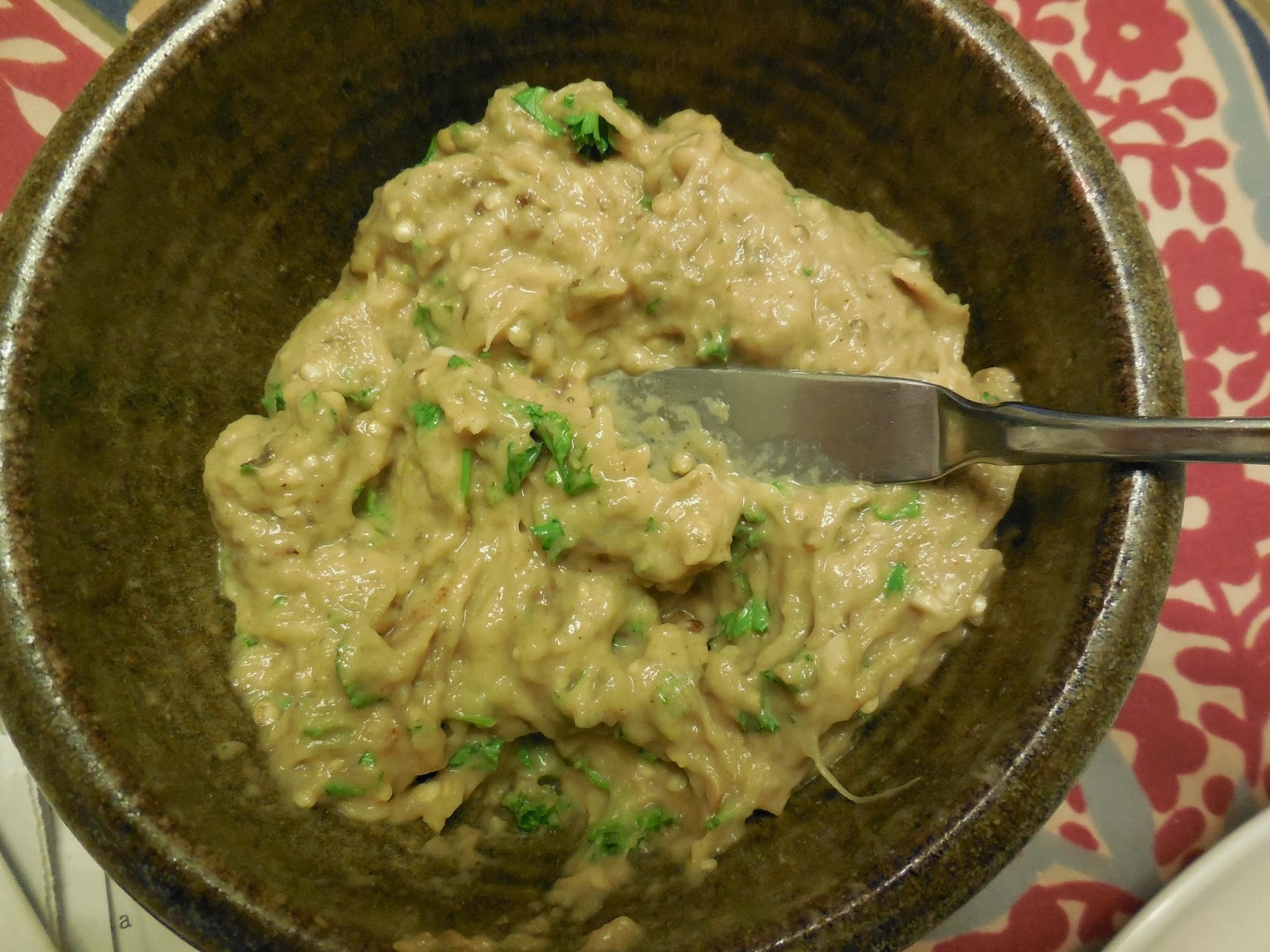 The next day I scooped it out of its skin and mashed it up into baba ghanoush, the classic eggplant dip/spread.  I was happy to add garlic, lemon juice, olive oil and parsley, as the recipe called for, but didn't have any tahini.  Inspiration struck: I did have almond butter, which seemed to be the moral equivalent of tahini, nutty and gooey.  So that went into the bowl.

And it was wonderful, if I do say so myself.  We went all authentic and ate it with pita, and a bowl of soup, for a light dinner.  I have made baba ghanoush in the past but had forgotten how easy it is, considerably easier than tending the eggplant slices in a saute pan.  And it uses a whole lot less olive oil while managing to taste much richer.  I'll have to remember to add this to my regular food rotation.

Posted by Kathleen Loomis at 10:09 PM