If there was anything to be slightly disappointed with in our recent trip to France, it was the salad.  I guess we're spoiled in the US with the huge variety of produce and imaginative combinations suggested by restaurants, television and food writing.  But both in Germany (where we spent a month in 2010) and in France we have noted the sameness of the side salads.  Lettuce, maybe some tomatoes.  Perfectly adequate, but less than inspiring. 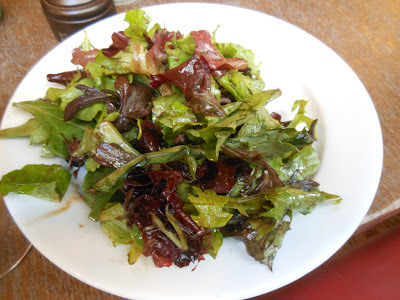 Big salads, including protein and various other ingredients, are on many menus as main courses, but if you've ordered a meat or fish you'll often just get a small portion of greens to go with.  You'll often find the salad on the same plate as your entree, underneath it, on top of it, or piled in the middle.  Mmmm, salad with basil-Parmesan cream sauce! 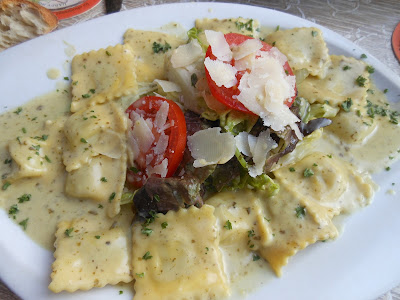 Sometimes you'll order a special salad as a starter course and find the fancy ingredients on top of the same old greens. 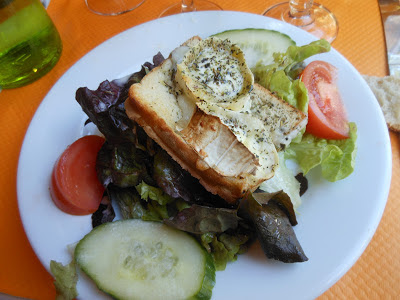 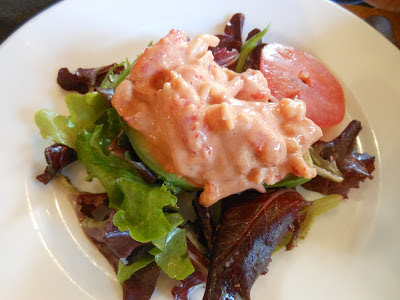 Here's one salad that was delightfully different. 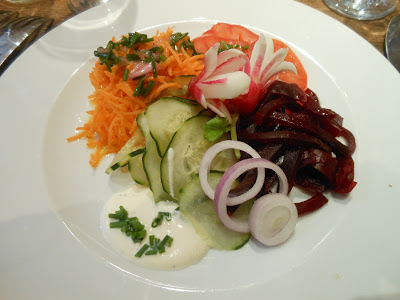 Posted by Kathleen Loomis at 11:03 AM