Before we went to France on vacation, I read an article in the New York Times about how conservative the local tastes are regarding vegetables.  It described a Normandy truck farmer who decided to branch out as "a maverick in a field where most farmers grow pretty much the same produce: leeks, carrots, a handful of lettuce varieties, turnips, celery root, beets, onions, shallots, parsnips and maybe Jerusalem artichokes."

So I was interested to visit a farmer's market in Paris, where a much wider variety of stuff was on display.  The stalls were beautiful, often decorated with artfully cut fruits and vegetables so you could be tempted by the delectable flesh. 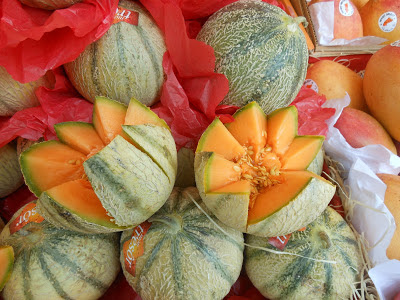 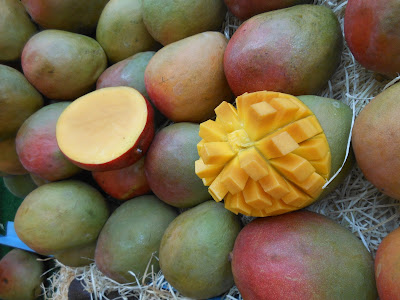 Often the produce was taken from its shipping crates and arranged on big trays like still lifes. 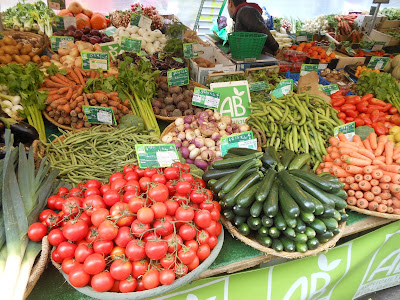 But even the crates seemed to have been packed by an artist. 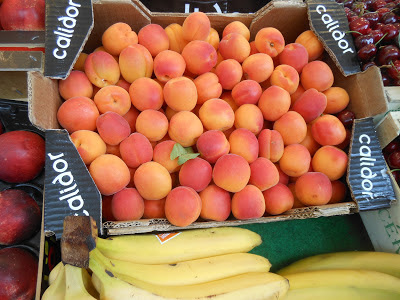 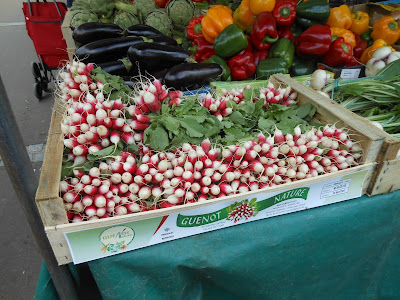 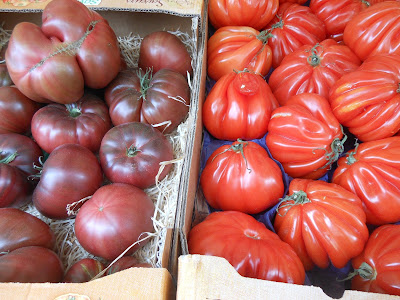 Posted by Kathleen Loomis at 6:10 AM