Food of the past

I've just come back from a magnificent trip to Antarctica.  One of our stops was at Base W of the British Antarctic Survey, on Detaille Island off the Antarctic Peninsula.  The Brits established a series of bases there during and after World War II, initially to keep tabs on potential German wartime maneuvers and subsequently to conduct scientific research.

Base W was evacuated on a few minutes' notice in 1959 when the men were told that icebreakers couldn't reach them, and they'd have to go by dogsled 13 miles over the ice to meet a rescue ship.  The building survives as it stood that morning, with unmade beds, dirty dishes, abandoned work papers and left-behind clothing and boots.

The kitchen and pantry constitute a food museum of the 50s.  My friend Wendy, who spent the first ten years of her life in England, said that visiting Base W was like a time capsule back to her childhood, with all the favorite British foods on display.  I didn't recognize the brand names except for Grape Nuts cereal, Colman's mustard and Rose's lime juice.  But I did reflect on the heroic measures that the occupants of this base took to make sure they would get not only nutrition but psychic comfort from their meals in this harsh and isolated place.

Here's a sampling of what they left behind. 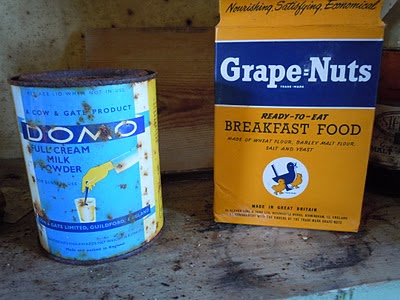 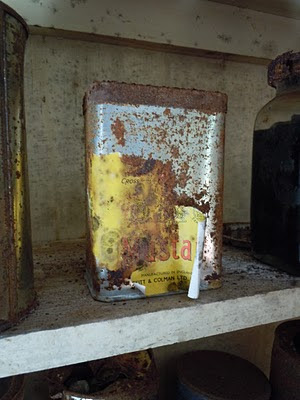 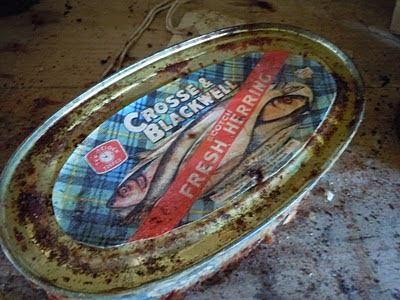 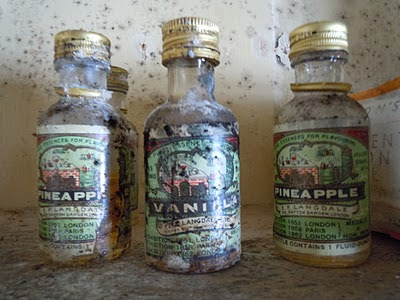 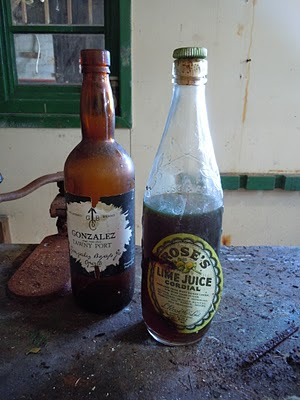 What struck me about the foodstuffs was first, how attached the Brits have always been to their sweets -- clearly the limited food service facilities at Base W were fully prepared to do desserts of many sorts.  Second, how food service a half-century ago was so closely tied to canned goods.  You didn't have to be in Antarctica to get the bulk of your nutrition from cans and jars (even in New York City, where I happened to be living at the time, heavily processed foods were the norm).

Today you can be on a ship below the Antarctic Circle and chow down on fresh vegetables and fruit every day.  How dramatically our expectations have elevated in 50 years, and how fortunate those of us in our blessed middle-class existence have become, in terms of food as well as in many other aspects of life.
Posted by Kathleen Loomis at 8:04 PM