Some nice new recipes for you

I wrote last week about the deserted research station we visited in Antarctica and what I found in the kitchen.  A couple of days later we visited another such place, except this one has been kept heated and occupied as a museum/gift shop.  I think some of the stuff in this hut is not authentic, but brought in as representative of the supplies and equipment that would have been found in the 1950s.

That would explain the relatively good condition of the cookbook on the stove, which I stupidly neglected to photograph the cover of.  Maybe it's a latter-day compilation of recipes from the time.

But in any case, we're all looking for new ideas to perk up our boring repertoire of entrees, so maybe these will pique your culinary imagination.  I know the reconstituted turnips and peas sparked some thoughts for me.  Bon appetit! 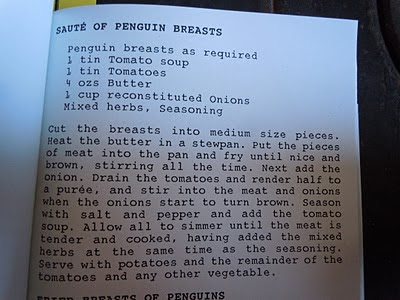 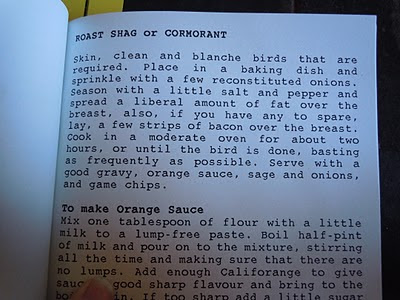 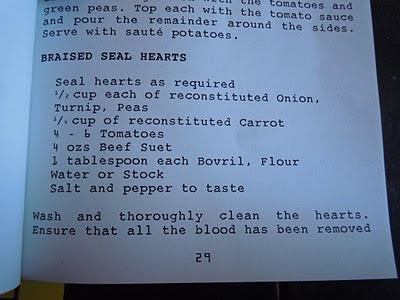 Rats -- I should have turned the page to get the end of the recipe.  Guess we'll just have to improvise from here.
Posted by Kathleen Loomis at 9:47 AM