I was intrigued to see lots of familiar brands in the grocery store in Siberia.  If you need a junk food fix, you're in luck. 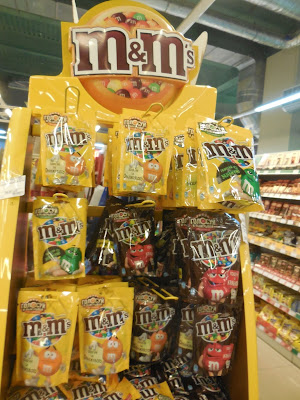 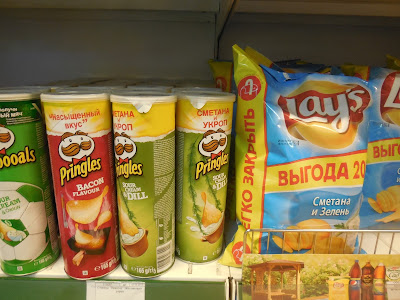 The local hooch is cheap -- you could get a bottle of low-end Russian vodka for $3; Stoli is only $7.50 for a half liter.  (Why is the Stoli label all in English??) 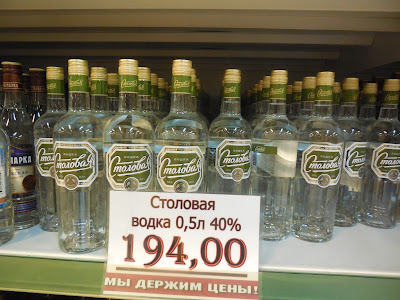 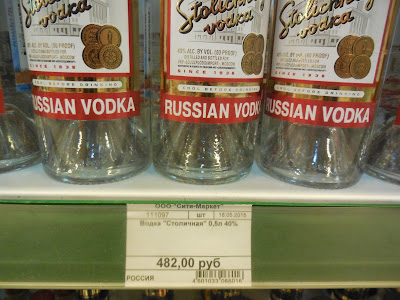 By contrast, MY local hooch, made just down the road from us, is pretty steep -- $27 for a fifth of Jim Beam, $35 for Wild Turkey. 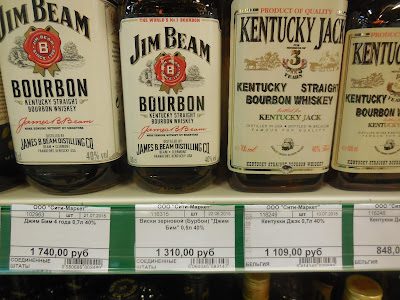 Compared to prices in US liquor stores, that's about a 50% markup on US booze imported to Russia, but about a 300% markup on Russian booze imported to the US. We might infer that Russia feels no need to impose sin taxes on liquor; they might even like cheap booze for its role in crowd control.  Just speculating. 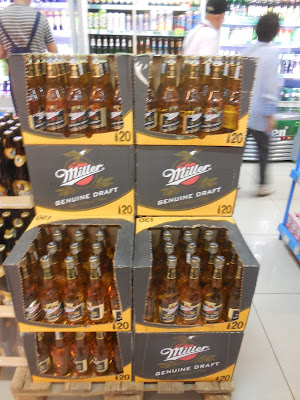 Posted by Kathleen Loomis at 7:51 AM