As you might expect, the rice section is big in the Japanese grocery store.  Ten kilo bags weren't even put on shelves, just wheeled out on a dolly.  These were plain white rice, the variety most used in the Japanese kitchen. 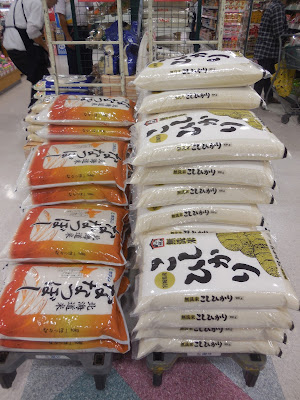 But for the adventurous cook, lots of choice of other varieties. 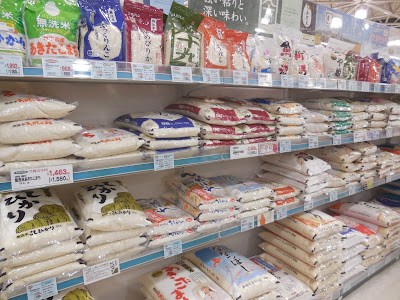 And there was a little bit of our more familiar carbo, this the famous Japanese shokupan ("milk bread"), described as sweet, moist and fluffy.  It's sold in loaves with the heels cut off, in really thick slices, because Japanese kitchens have toaster ovens, not pop-up toasters.  Bread only became popular in Japan in the last century and now it's a staple. 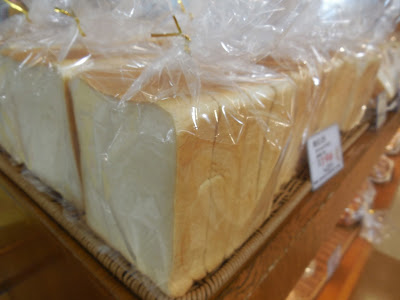 Posted by Kathleen Loomis at 5:27 AM