Isaac had to take something about islands to school for show and tell, so they went to the grocery and got a coconut.  Show and tell was a success, and his mom scored an even greater success when she dropped Isaac and the coconut off in the afternoon and suggested we might want to open it while she was away.

We started by watching a YouTube video.  It looked so easy.  We took the ProduceGuy's advice and used the power drill to punch two holes and drain the coconut water. Meanwhile, in the other room, my husband was watching another video that suggested using a hammer and screwdriver, but Isaac and I got there first with the power tools. So twenty-first century. 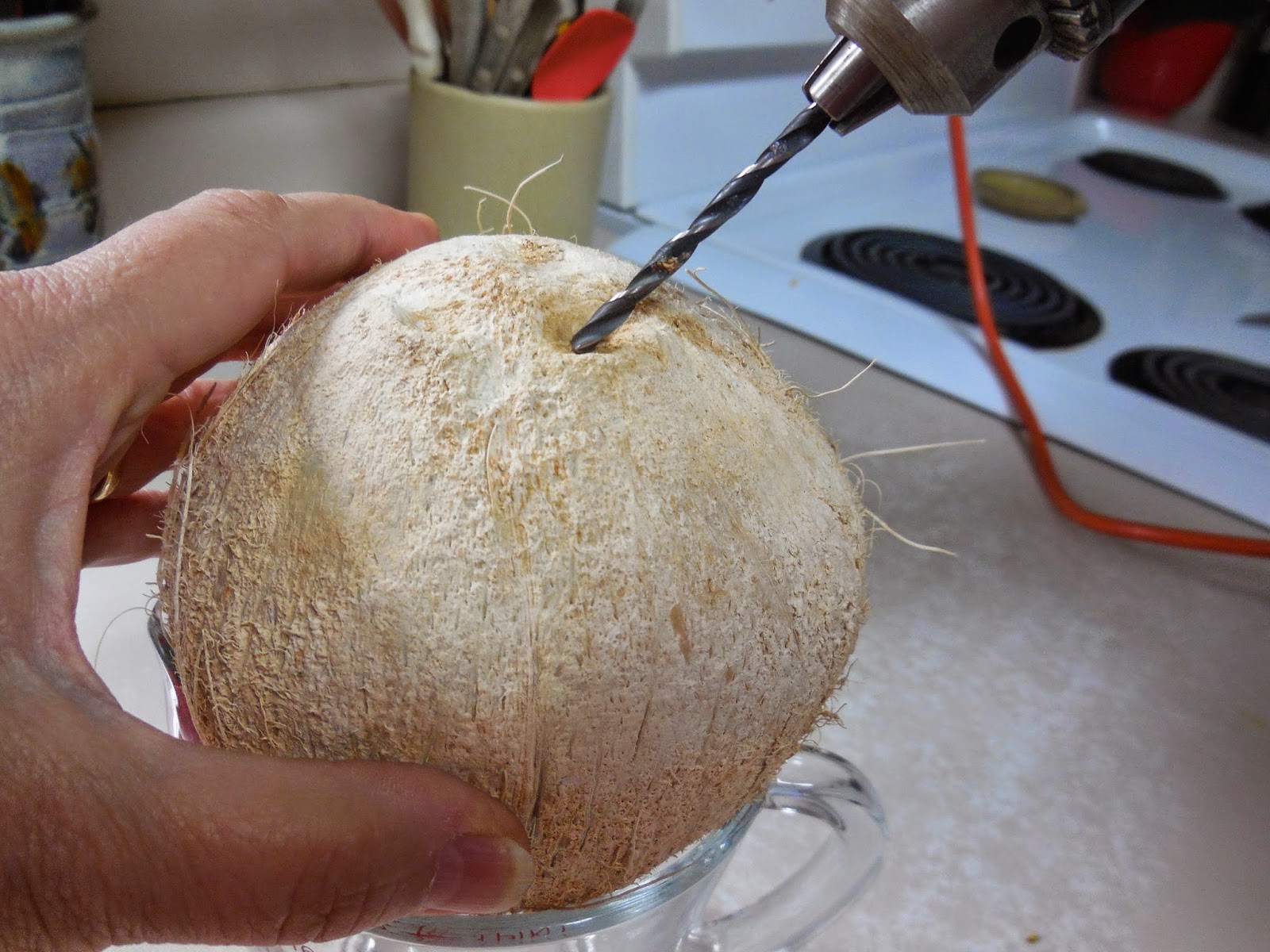 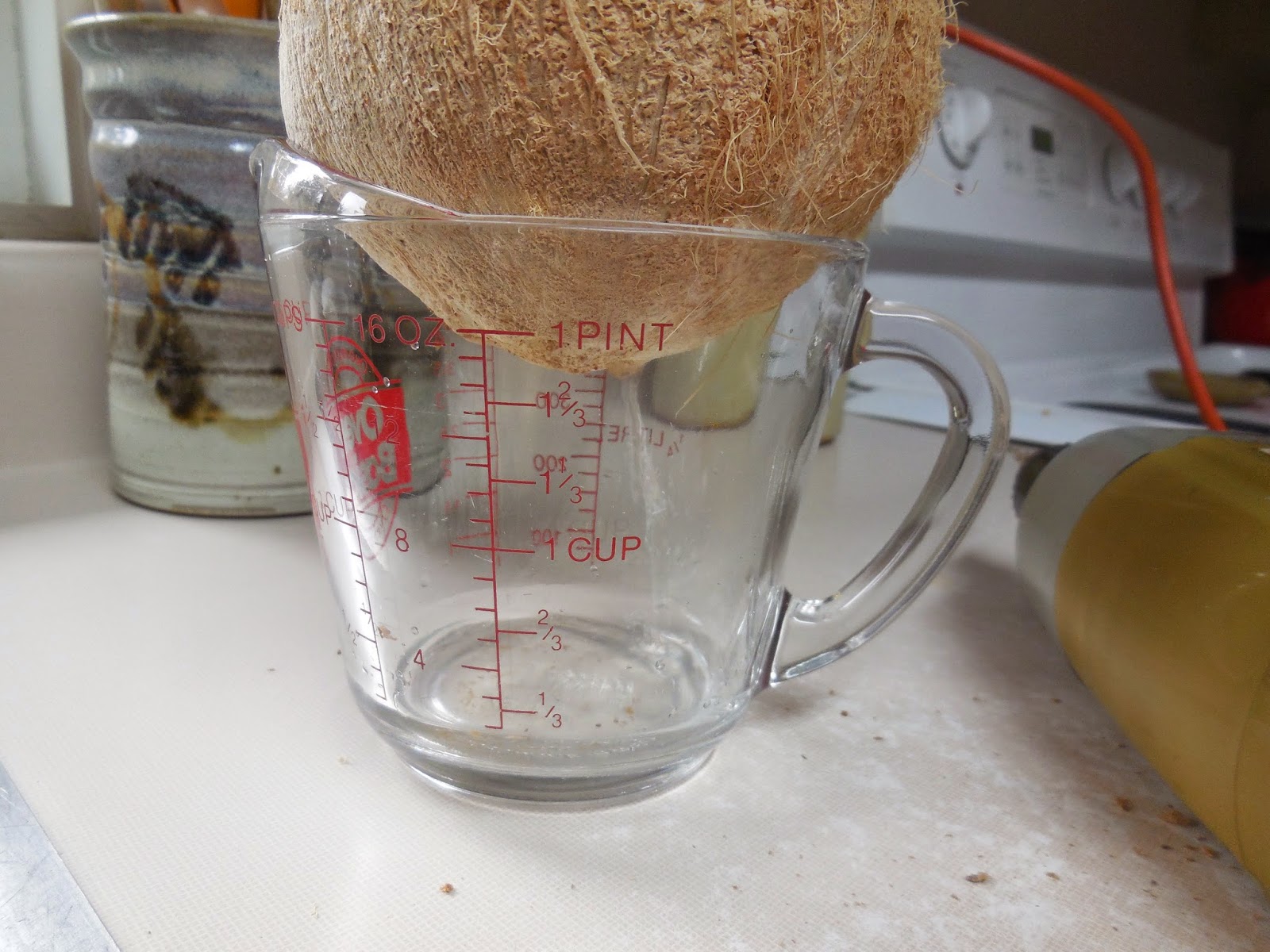 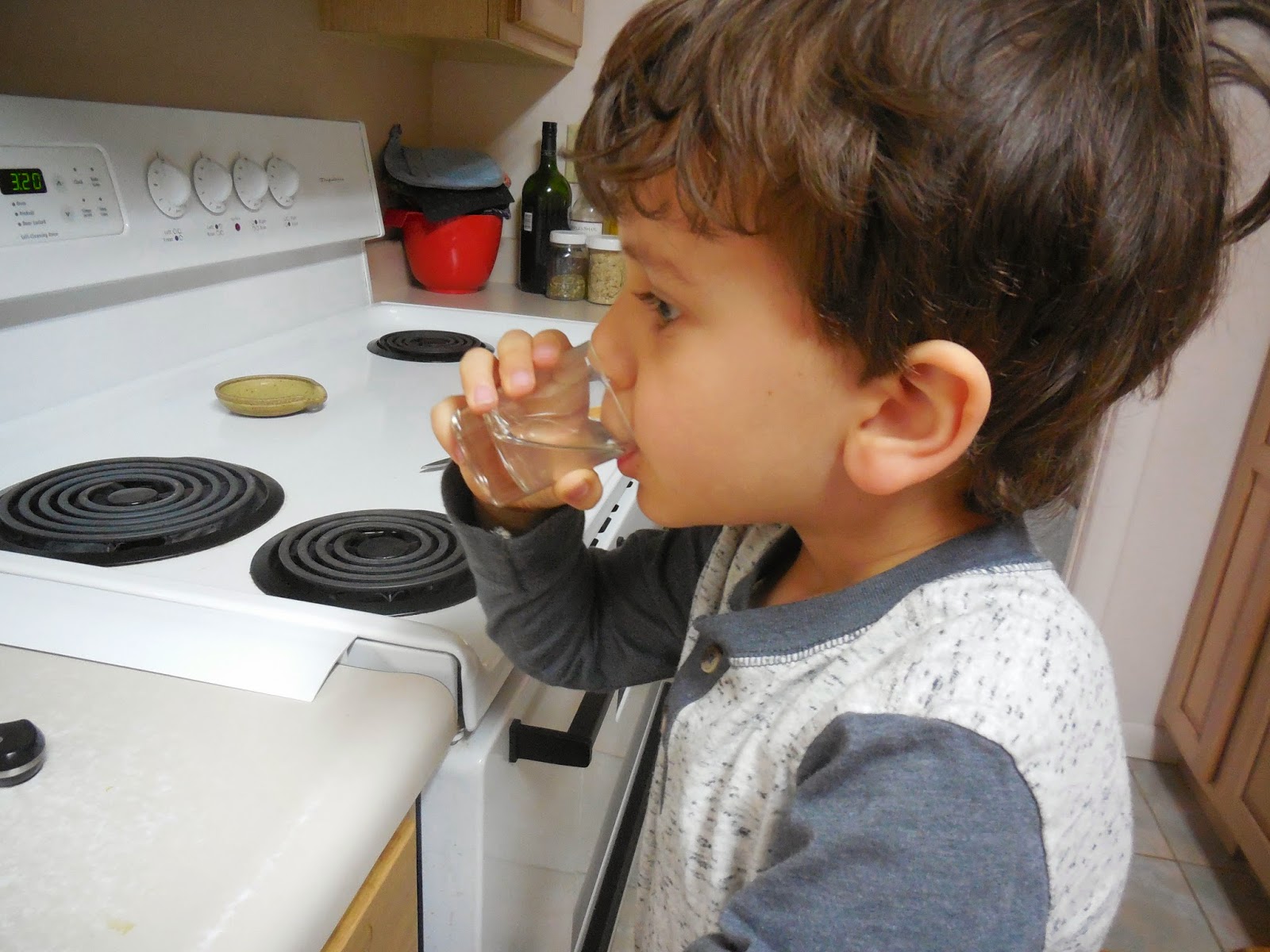 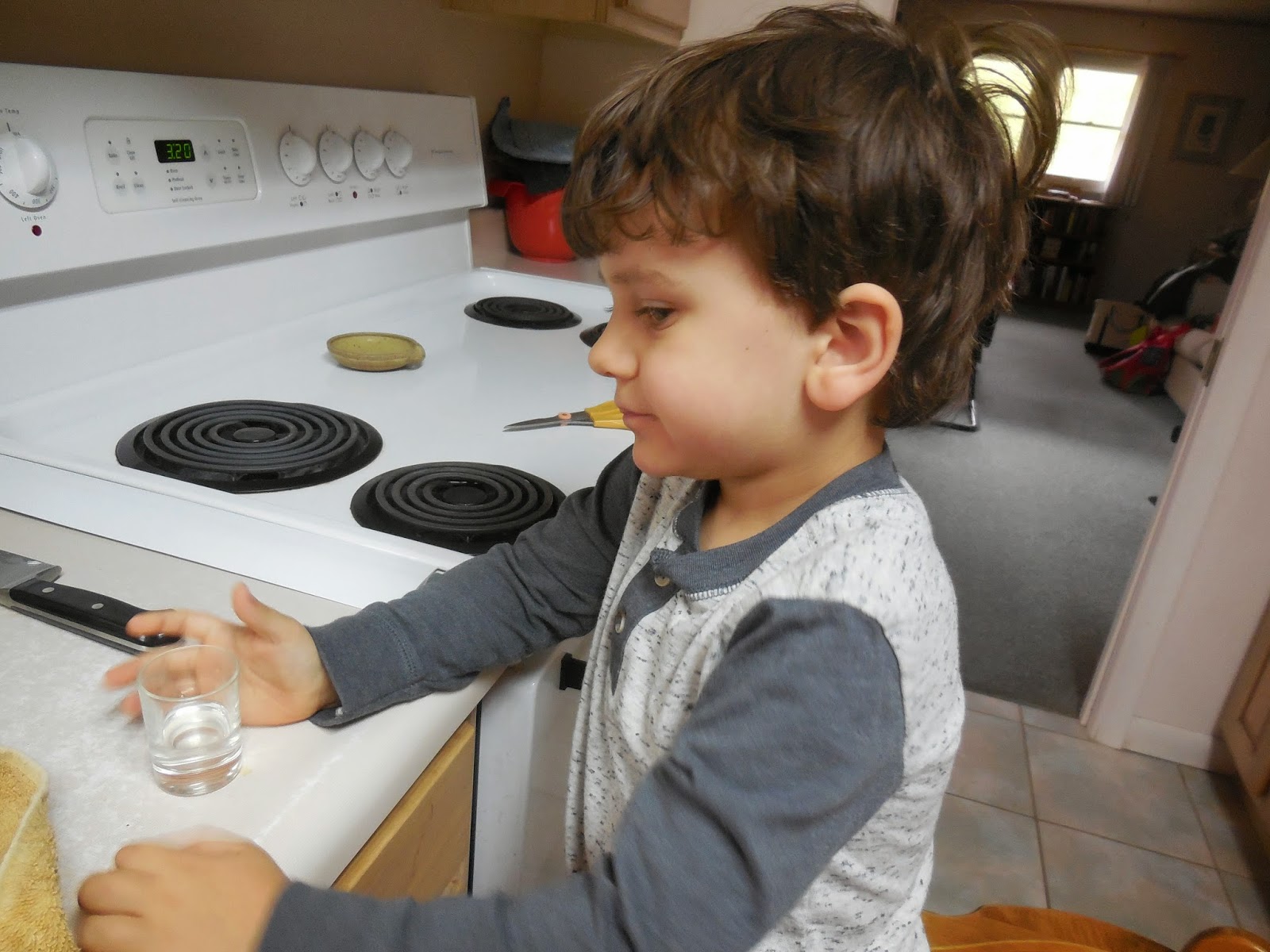 He didn't think much of the coconut water.

We progressed to trying to crack open the coconut. The guy on the video took a big meat cleaver and rapped the back side of it around the equator of the coconut, which proceeded to open neatly.  We didn't have a cleaver but we rapped ours with a knife (didn't work) and then with a hammer, with increasing noise levels but not much progress.  Finally after much pounding we achieved a crack and were able to pry with a screwdriver to get it into two pieces. 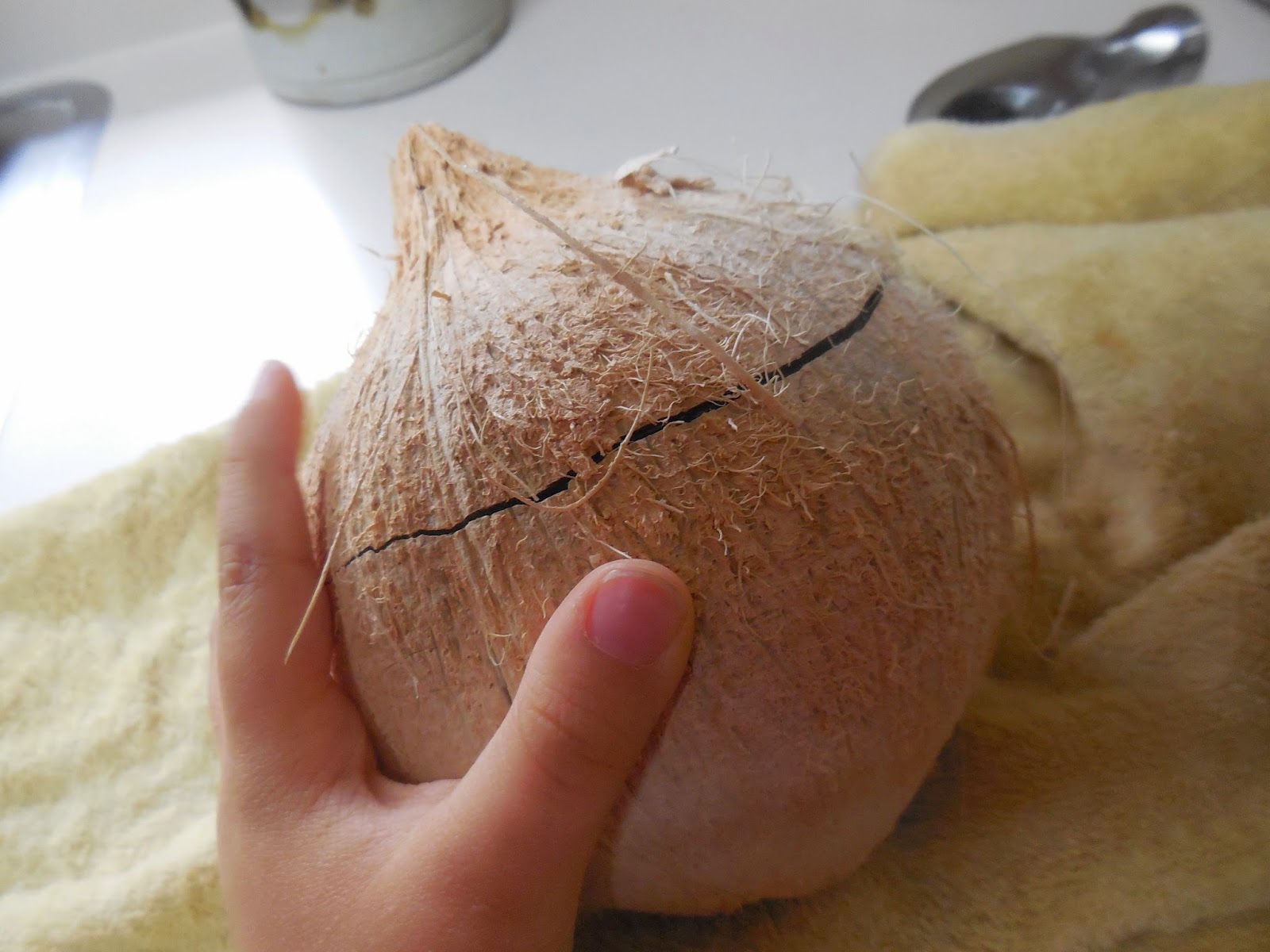 Now was the time for eighteenth century tools.  We let Ken continue with the hammer and got it broken into several pieces. 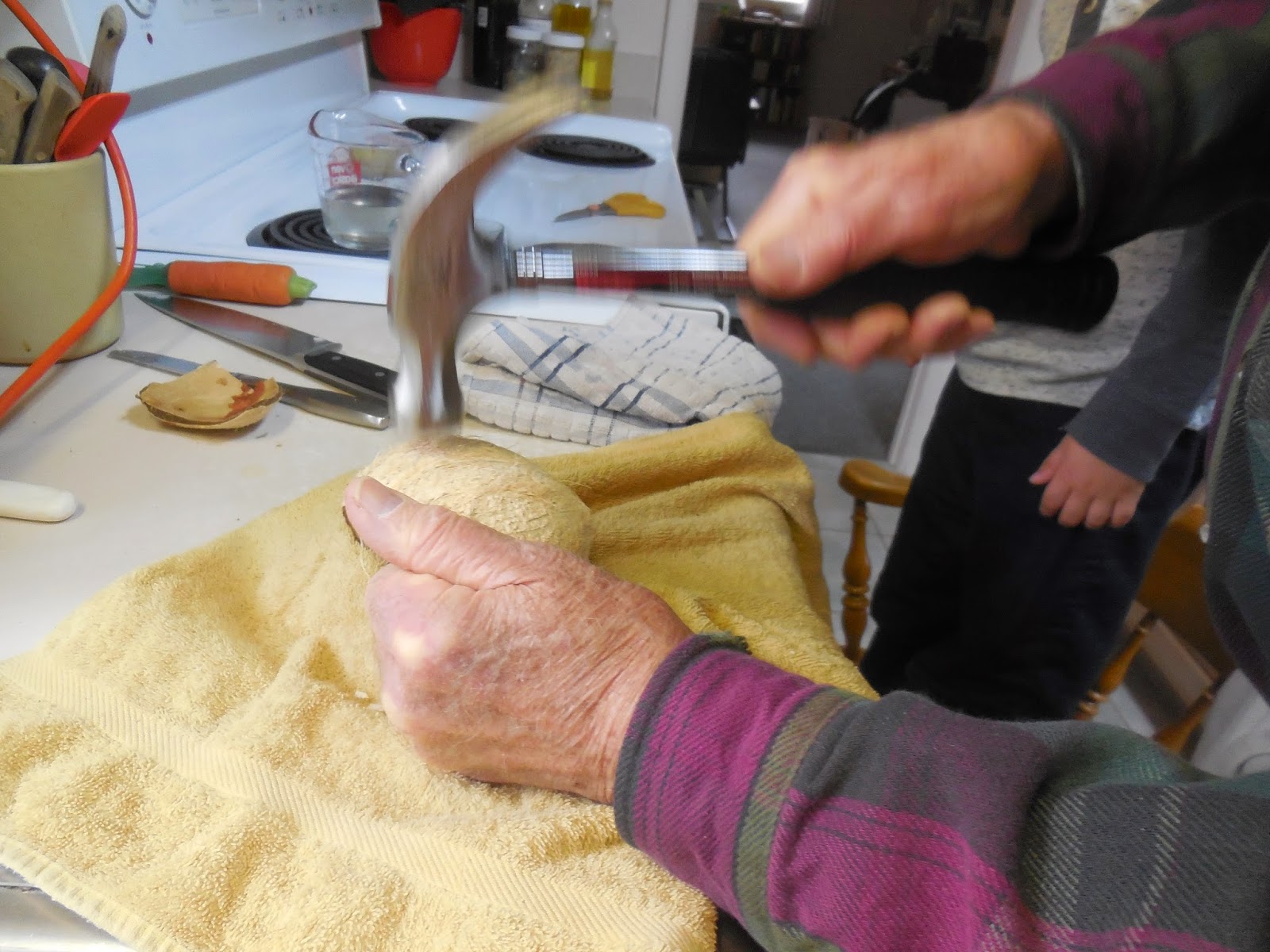 All the while I was thinking about my last visit to Australia, when my brother brought home a coconut and he and I were assembling our tools for the assault.  In walked a friend who was raised in India, and was quite amused at the array of brute force we were planning to unleash.  "Wait -- here's how you open a coconut," she said, and proceeded to use very little more than her thumbs and a toothpick to zip the thing open.  Unfortunately I forgot how she did it.

Posted by Kathleen Loomis at 11:56 AM