I'm just too frugal for my own good sometimes.  (My children might say "cheap.")  When I think of all the hot water I've run down the sink in my lifetime after cooking pasta, it hurts.  But I've done two things to minimize the pain.  First, I've taken to cooking my pasta in the same pot as the sauce whenever possible.  But that doesn't work when you're making enough sauce for three or four meals, such as whenever I make a red sauce.

Second, for those times when you have to cook the pasta separately, I bought a pot system which has an inner pot with holes in it.  Boil up the water, add the pasta, cook, and then pull the top pot out to drain the pasta. 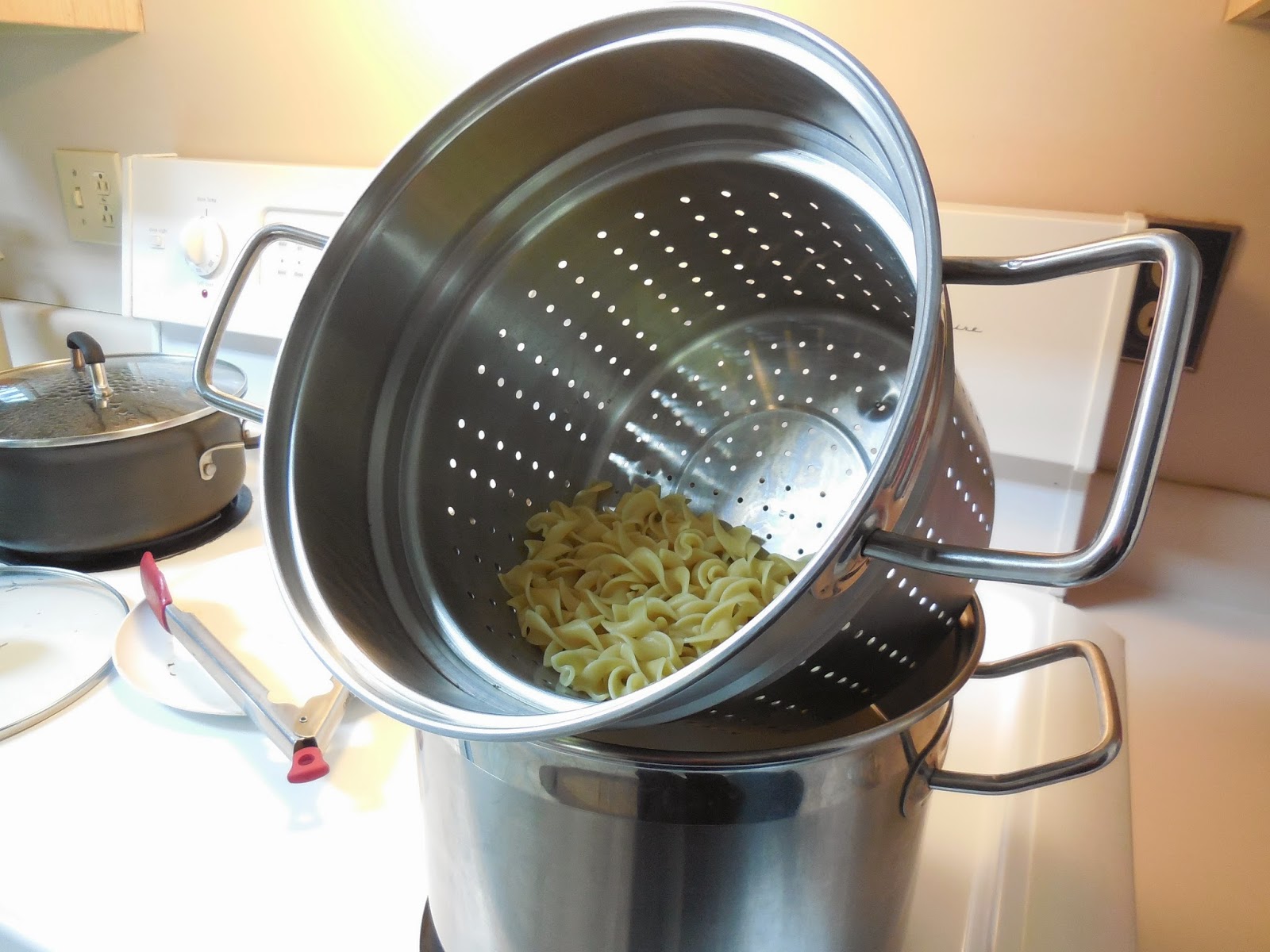 That leaves you with a nice pot of boiling water, already enriched with some starch from the pasta.  So in the minute or two while the pasta drains, grab a pound or two of dried beans, put them into the water and return it to the stove to simmer for an hour or two.  If you remember to turn off the heat then, you have time to let the pot cool enough to go into the fridge overnight, and a good start on bean soup for the next day.

Posted by Kathleen Loomis at 9:46 AM