I've always loved hash, which in our family means corned beef hash, straight from the can with some extra potatoes.  I had read about turkey hash, red flannel hash, roast beef hash and other things using the h-word, but never tried them.

But recently we had a big sweet potato sitting on the counter, and about 6 ounces of chorizo left over from a previous meal, and not much of anything else in the house, so I was forced to improvise. Chopped up and sauteed a big onion while the sweet potato had seven minutes in the microwave to cook.  Diced up the sweet potato and added it and the chorizo to the pan, hashing everything together.

It was slightly disappointing in that the nice brown crust that makes "regular" hash so delectable never developed.  Perhaps there wasn't enough fat (heaven knows there's plenty of fat in the canned corned beef hash) or perhaps sweet potato has a different texture than the white potato that gives "regular" hash its backbone.  So instead of hitting the plate as a solid mass, it came out as a pile of nice bits.  And was really delicious. 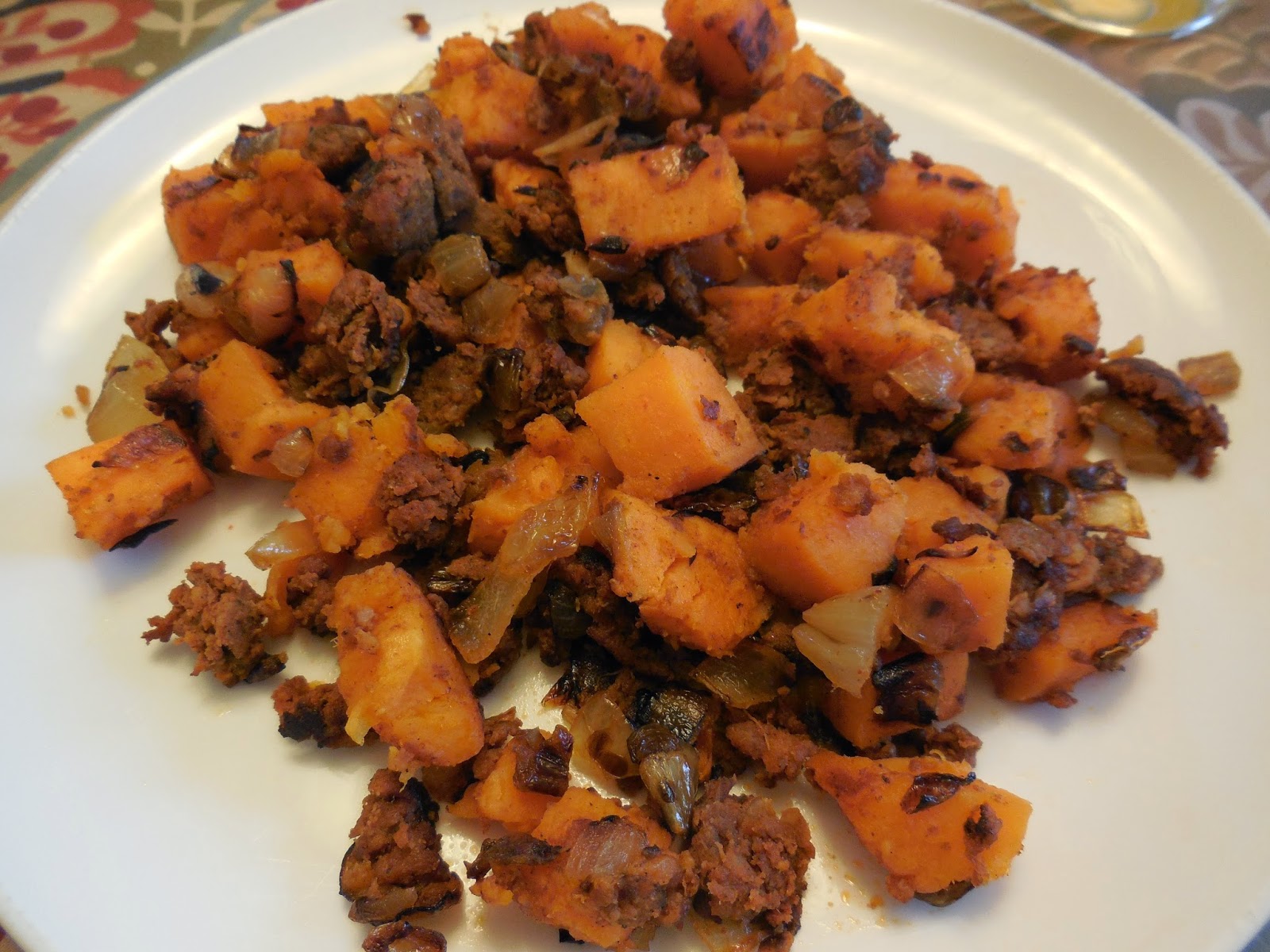 I put mustard on the table but after one bite we decided we didn't need any extra seasoning.  I'd do this again.  It's probably much more nutritious than "regular" hash, and almost as delicious.  And of course quite beautiful.
Posted by Kathleen Loomis at 11:35 AM