The other shoe drops -- coconut macaroons

I wrote last week about S cookies, which require four egg yolks.  So what do you do with the four egg whites?  Make coconut macaroons, of course. 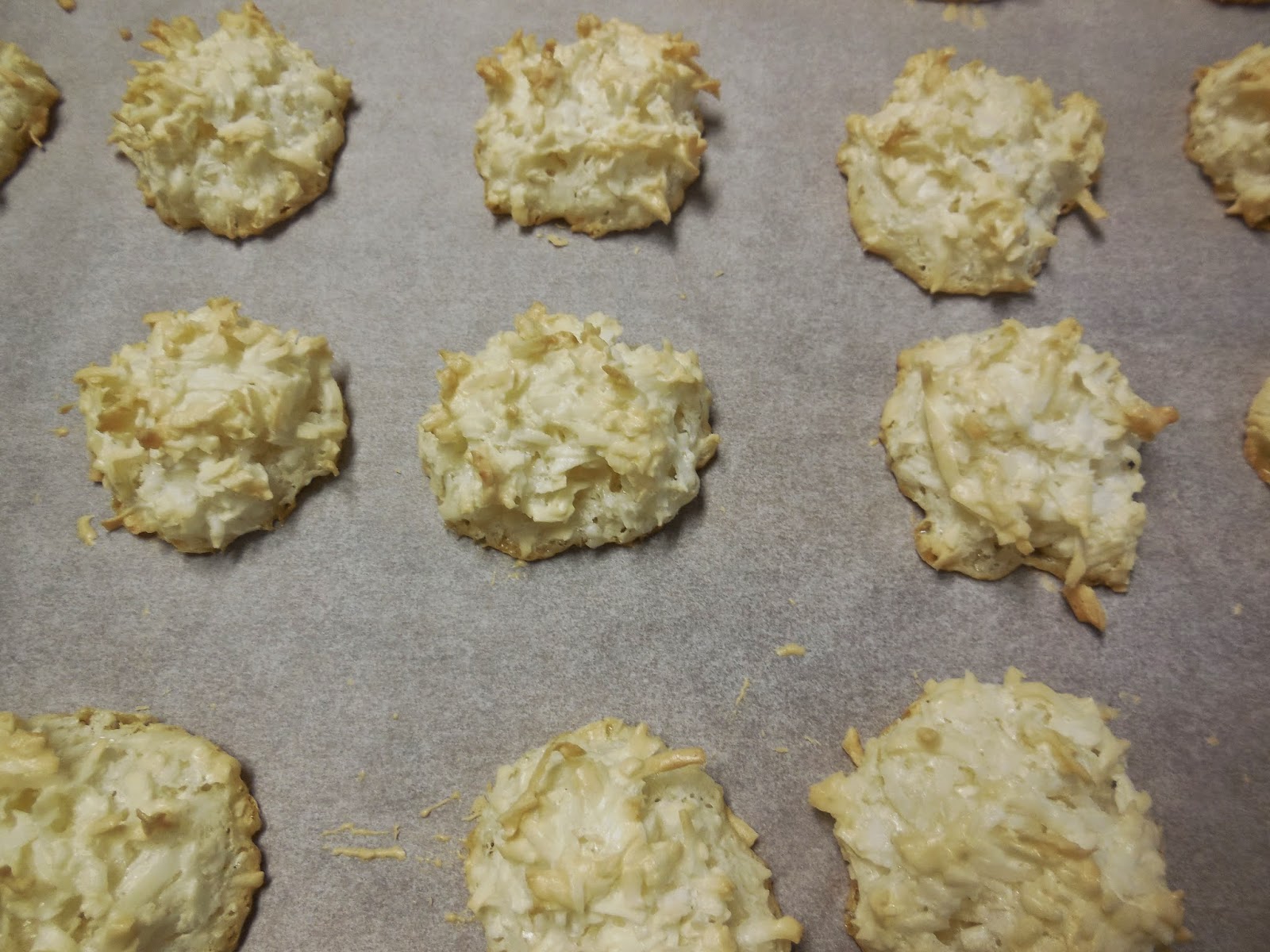 In preparation for my Christmas baking I visited the grocery and was surprised to see that I had some choices when it came to coconut.  I don't recall ever seeing unsweetened coconut available in a regular grocery, although I have found it in the bulk food section now and then.  Scrutiny of the labels made me confused and annoyed.

First, wouldn't you think that the sweetened variety would have more calories than the unsweetened? Not so, even though the sweetened had 5 more grams of sugar per serving.  Mysteriously, the sweetened had less fat and more sodium.  Who knows what goes on in food processing plants?

Second, wouldn't you think there would be no price difference between the two, or if there were, the unsweetened would cost a bit less?  Not so.  You could get 7 ounces of sweetened for the same price as 5 ounces of unsweetened, even though the bags are cleverly sized to look identical.

But never mind.  Here's the world's easiest and best recipe for coconut macaroons, straight from my grandmother.

Posted by Kathleen Loomis at 12:18 PM