At the fair we succumbed to the spiel of one of the vendors in the crap-for-sale building.  We each bought what was described as a Magic Knife, which could cut effortlessly through frozen food, copper pipe, solid granite, etc. not to mention bread and tomatoes.  I seem to recall that we paid $3 apiece for the knives. 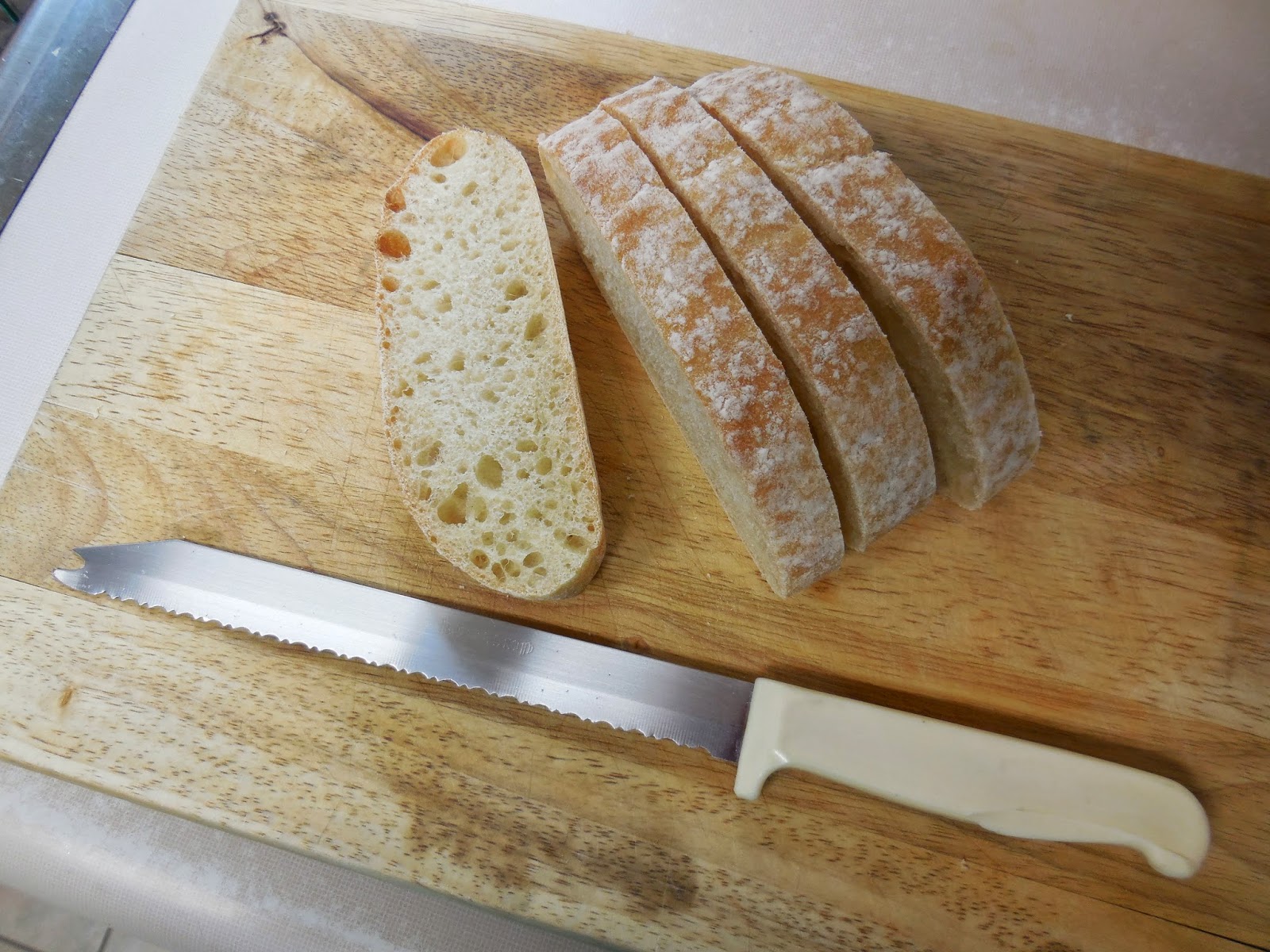 It did in fact do pretty well on the frozen food, although these days I don't even own frozen green beans so I don't need to cut a package in two. It did really well on the bread and tomatoes, and it followed me to twelve different homes on two continents.  It's never been sharpened.  In one of those homes it had a mishap involving direct heat and got a little melt mark on its handle, which hasn't slowed it down.  And it's still cutting, but my husband thinks not as well as it used to; the magic is wearing off.

I don't know who inherited Mom's Magic Knife when she died but unfortunately it wasn't me.  Every time she and I bought identical things at the same time, mine would fall apart much faster than hers.  So if I had her knife we wouldn't be complaining about it going dull.

Meanwhile it still cuts bread pretty well, if not really well.  And I have no intention of ever parting with it.  So happy birthday to Bethany and to M.K.

Posted by Kathleen Loomis at 6:10 AM