Two of our favorite restaurants are kaput -- one of them changed ownership about a month ago and the other is going to close its doors next week.  The first one was our neighborhood place, the place you could always go to without a reservation, walk right in any night of the week (unless there was a basketball game on the 27 TV monitors).  We went there for the hamburger, or maybe the BLT.  The fancier food wasn't worth it, but when you realized it was 6 pm and no dinner was forthcoming and you didn't want to change clothes or eat anything fancy, that was where you went.  It was five minutes up the street, or on a nice summer evening maybe we would walk.  We probably went there three times a month over the years.

When we read in the newspaper that the place had been sold and the new owner wanted to upgrade from a neighborhood tavern to a "gastropub," we got that sinking feeling.  We've been putting off a visit to check out the new place, but tonight was our chance.

When we walked in the door, all was copacetic.  Not a thing had changed, except that the golf arcade game was gone (in all the years we've been patronizing the place, Ken saw the game used once; I never did).  The same slightly seedy decor, the same tables, the same rickety chairs, the same beer signs in the windows, the same 27 TVs playing basketball.  But the menu -- hmmm. 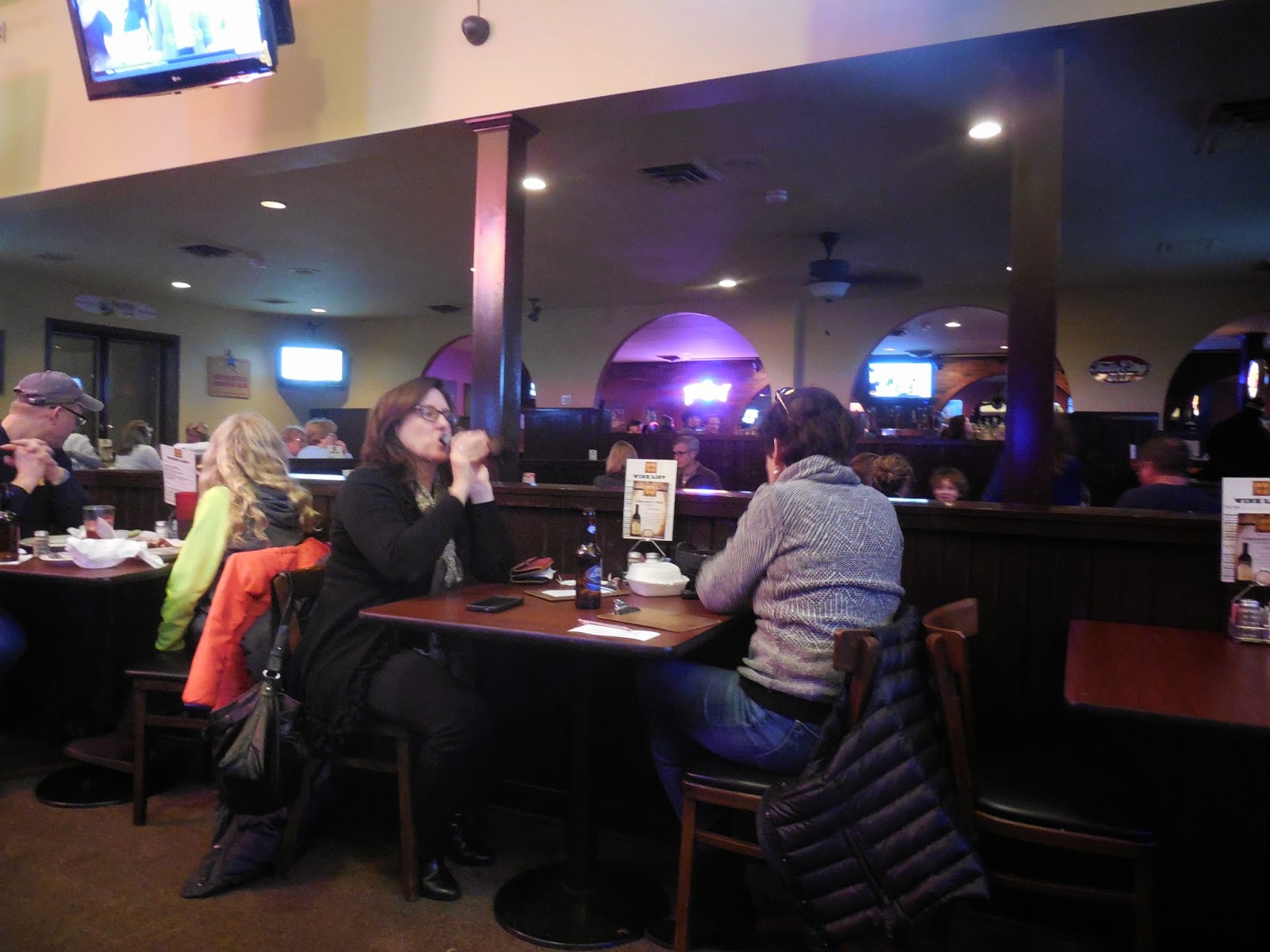 Truffle fries??   More appetizers than sandwiches and entrees put together?  The BLT has become the BELT (two fried eggs added to the usual)?  The burger looked about the same but was $2 more expensive.  Not off to a good start.

One good thing: the beer was still cheap, and wonder of wonders, the menu showed the beer prices!! Other than the beer, I found one thing on the menu that I was willing to eat, and it was OK, but probably not good enough to lure me back.  I spent the evening looking around wistfully, wishing for our old place back again.

The other favorite restaurant is going to be harder to live without.  It was an Argentine steakhouse, the best beef in town.  It's been open 14 years, and it must have been almost that long since we discovered it and made it our go-to place for steak.  We went there for celebrations, with out-of-town guests, and on evenings when we just wanted someplace special.

The owner explained, "There are certain reasons why I am closing,"  which doesn't explain much of anything. We were there a couple of weeks ago, before we knew it was the end. We tried to make a reservation for one last dinner, but were too late; the last two weeks were booked solid.  I'm really in mourning, not just for great food but for a restaurant where I always felt comfortable and appreciated.  Too bad.

Posted by Kathleen Loomis at 8:33 PM No comments: